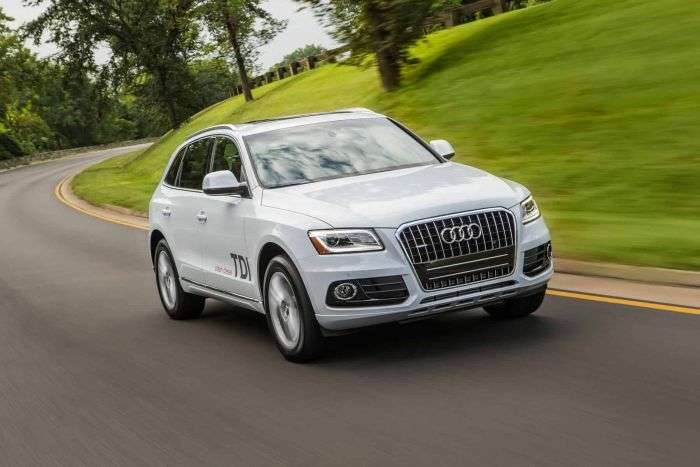 Prosecutors today jailed Rupert Stadler, chief of Volkswagen. According to the prosecutors, Stadler was jailed to keep him from attempting to change things.
Advertisement

Although the Volkswagen emissions cheating scandal has, for all intents and purposes, wrapped up in this country, it is still ongoing in Europe. To date, the automaker has seen two of its executives arrested and jailed in the U.S., while five others remain in Germany out of the reach of U.S. prosecutors.

The two that have been jailed in the U.S. included Oliver Schmidt, a key compliance player, as well as another engineer who turned state’s evidence and helped the prosecution. As a result, Schmidt, who was arrested as he awaited a Germany-bound flight following a Miami, Fla., vacation, has been convicted of conspiracy and wire fraud and will serve a minimum of seven years.

Meantime, today Rupert Stadler, Audi chief executive, was arrested in connection with the same scandal, the 2015 Volkswagen Group diesel-emissions cheating scandal, also known as Dieselgate. Stadler, who for years was known as the Teflon® executive because it never touched him and when it came close, as it did in 2015, 2016 and 2017, he managed to escape with his reputation intact. He is the highest executive arrested since the scandal was exposed.

He has been chief executive since 2007 when the company realized that it could never meet the 2008 nitrous oxide guidelines and still retain performance in its products. At this time, a group of engineering managers came together in the 2006-2007 timeframe and decided to use an Audi-developed routine that turned on emissions hardware so that car would pass emissions tests. When it was finished faking authorities out, would turn off the emissions hardware and reset everything so that it was able to perform again. There were two results: 1. the 2.0-liter diesel emitted about 33 times the national standard; 2. the 3.0-liter V-6 emitted from 9 to 12 times the national standard.

Today, Munich prosecutors reportedly arrested Stadler because of the risk that he might tamper or suppress evidence related to the scandal. Indeed, Stadler, said the prosecutors’ office, had been “seen by a judge who ordered him to be remanded in custody.”

According to Reuters, a spokesperson for Volkswagen confirmed Stadler’s arrest. “We confirm Mr. Stadler was arrested this morning. The hearing to determine whether he will be remanded is ongoing.” He added, of course, that there is a “presumption of innocence” in this case.

Last week, prosecutors in Munich included Stadler another board member were involved in the probe. Prosecutors had also raided Stadler’s apartment. Stadler has served as Audi’s chief exec since 2007. He has been a board member since 2010.

Meantime, VW last week also agreed to pay a fine of $1.2 billion as part of the probes. Moreover, VW faces proceedings in 55 different countries. The automaker also faces an exploration for stock market manipulation in Germany. According to Bloomberg, VW has earmarked more than $28 billion in fines, buybacks, and costs.

In 2015, the U.S. Environmental Protection Agency (EPA) found that VW had tampered with the emissions controls of its diesel vehicles to meet U.S. emissions standards during testing.

LG's New EV Battery Plant Is a Welcome News for Tesla
Tesla Giga Berlin's New Hurdle: It's Not Only the Gov't, but Now Tesla Itself
END_OF_DOCUMENT_TOKEN_TO_BE_REPLACED