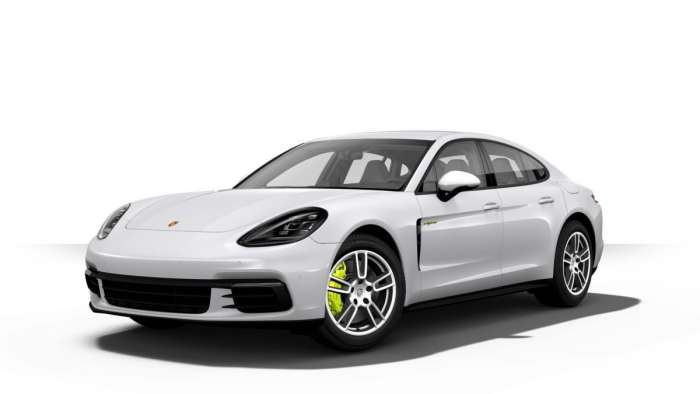 Porsche has recalled 75,000 2017-2018 Panamera models to fix a software glitch that knocks out the power steering. The resulting failure increases the steering effort of the Panamera which might lead to crashes. So far, no crashes have been reported.
Advertisement

Power Steering Is A Requirement Here

The problem is that there is a certain amount of unsprung weight that does remain on the wheels. It the structure of the vehicle retains the weight. On losing the power steering, you have to fight the remaining weight, even if you are the limit or above.

It isn’t an issue that drawn from talking with others about the problem. We have first-hand knowledge. One of the vehicles that appeared and remained in the driveway here, some years ago, was an older Pontiac – an X-car in the early 80s, in fact – a coupe. It was also a four-speed standard with a lumpy transmission that was quite vague, but, worked if you were used to it. It also had non-powered steering.

That old Pontiac two-door coupe was a bear to steer from a standing start, and while it was much lighter on the road, it remained a handful as more than one driver found out. Still, the vehicle served its purpose as it was the backup transportation for some years.

Some Porsche Panamera owners have found out about the “joy” of unpowered steering and not by choice. Indeed, the owners have found the absolute need for power steering, especially if the model has all-wheel-drive. All-wheel-drive adds two driving wheels to the number that are fighting you to steer at low speed when the problem is at its worst. Because this is a problem that has appeared recently, the automaker has recalled 75,000 copies of its 2017-18 Panameras to fix the cause of the power steering failure. Porsche has found a glitch in the power steering software that causes it to fail, at times, or to kick in and out.

If The Steering Fails, It Becomes A Handful\>

On failure, the Panamera becomes quite a handful, if you are not used to it. Indeed, if you have never experienced it before and it suddenly happens, it can become quite an issue as you will likely find the steering load overwhelming. On losing the steering, it leaves the driver with much heavier-than-normal steering. The added force needed to maneuver the car could lead to accidents. However, there have been no reports of crashes or injury related to this problem.

The fix to the problem is software based and should take about an hour of an owner’s time. Dealers will apply the free fix to recalled vehicles. And, those vehicles still in dealer's hands will have the fix applied before the car sells. Porsche will notify owners by first class mail. Owners can then contact their dealers to schedule the update.

LG's New EV Battery Plant Is a Welcome News for Tesla
Tesla Giga Berlin's New Hurdle: It's Not Only the Gov't, but Now Tesla Itself
END_OF_DOCUMENT_TOKEN_TO_BE_REPLACED