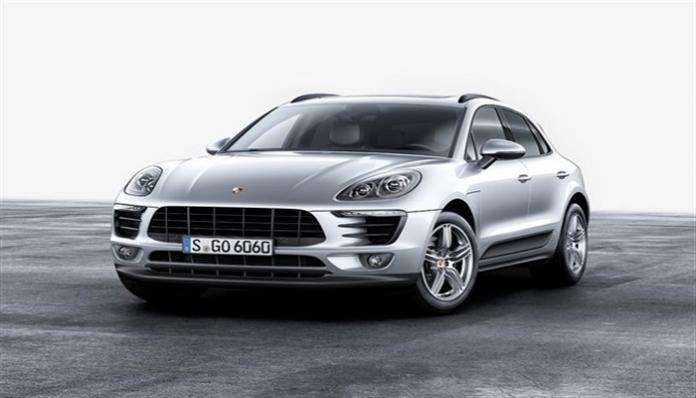 Change is in the air at Porsche. The high-performance automaker and key portion of Volkswagen's bottom line is looking at adding pure electrics to its lineup, as well as sharing platforms to increase vehicle diversity.
Advertisement

Changes are coming to Porsche. In fact, you can see the direction in which the automaker is heading by looking at its motorsports effort. Until the end of last season, Porche campaigned works high-performance turbodiesel racecars. They are not the TDIs with which you might be familiar. Instead, they are high-performance racers that can hit speeds in the 200 mph and handle, well, like racecars (because that’s what they are). Porsche May Bounce Diesel Powerplants.

At the end of last season, as part of an effort to control costs, Porsche mothballed its high-performance works cars and began to channel its racing efforts into Formula E (electric) competition. It’s not a well-known branch of racing, but it is still there and it can, one supposes, contribute its share of working knowledge about how to make electric vehicles go fast. Though, one also suppose the almost-noiseless racers in Formula E will take a bit of getting used to.

The direction revealed by Porsche’s move into Formula E is the automaker’s move into electric cars. For example, as the expected demand for electrics grows, the automaker will need factory space to manufacture them, so it is investing $1.2 billion (1 billion euros) into making its central plant in Stuttgart into one that builds battery-powered electrics. The first electric will be the four-door Mission E sedan, set to market in 2019. Porsche Considers Going All-Electric.

Oliver Blume, Porsche chief exec, said this week in a trackside interview at Northern Germany’s Nurburgring auto performance facility that battery-only electrics could account for up to 25 percent of Porsche’s sales by 2025, give or take a bit. Blume’s statement contradicted another media report that indicated up to half of the company’s output by 2023-24 could be electric.

Porsche and Audi, two Volkswagen subsidiaries, contribute to 60 percent of the carmaker’s profits. One way the automaker is seeking decent development and materials savings is by platform-sharing. The new electric vehicle platform, code-named PPE should deliver significant savings. By sharing components and modules, both brands can save money. The goal of the program is to help Porsche maintain its target return on sales of about 15 percent per year.

Porsche and Audi, which together contribute 60 percent of VW's profits, are targeting "significant savings" in the development and material costs for their electric-car programs by sharing a new production platform code-named PPE, Blume said. “Further platforms are conceivable, for instance with SUVs,” Blume said.

With its sales rising 6 percent last year, Porsche hit a record 238,000 deliveries. The automaker expects to increase its sales by about 5 percent per year for the next seven years.

Further, Porsche is counting on growing demand for high-end electrics. If it occurs, another model may be developed from the Mission E platform. Initial planning calls for added capacity of about 20,000 vehicles per year at the automaker’s Zuffenhausen production plant. There could also be an electric version of the popular Macan crossover.

China Has Been A Prosperous Market

China has been a prosperous market for VW and its subsidiaries, though, sales have slowed. Blume looked east to the markets of China and Asia when he said “We expect the metropolises in China and Asia will switch to pure electric mobility very fast. I believe there will be few mixed combustion engines to be seen in the large cities in five years time. The development in rural areas will, however, proceed much more slowly.”
Source: Reuters

Daniel wrote on July 21, 2017 - 4:16am Permalink
Porsche move into Formula E? I have read that they were interested but didn't know that this was confirmed, as this article sugests. Have Porsche confirmed their entry into Formula E?