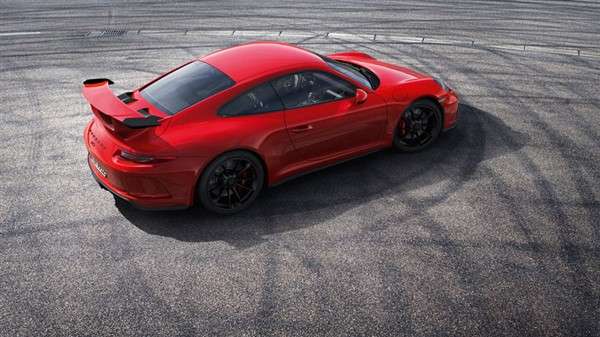 The 2018 Porsche 911 GT3 set a mark that should stand for at least a year when it smashed the best lap time on the North Loop of the Nurburgring by more than 12 seconds recently. Porsche uses the North Loop, a 14-mile race track to vet its models and their performance.
Advertisement

Built in 1927 and rebuilt several times since Germany’s Nurburgring is one of Europe’s challenging auto racing venues. At one time, the entire track measured more than 17.5 miles.

At that point, the venue consisted of the major track (Gesamtstrecke or Whole Course) and the four parts that made up the race track. The primary loop is the historically long 14-mile North Loop or Nordschleife; the much-shorter South Loop (8 miles) or Sudschleife; the warm-up area or Zielschleife (Finish Loop), and the pit area or Concrete Loop or Betonscleife.

At 90, the Nurburgring is going strong

Every year, the 150,000-seat road racing venue plays host to vehicle tests, road races, and at least one enduro. One of the most interesting uses of the Nurburgring is testing. For the last several years, the ‘Ring has been important to Porsche as it pushed development in the 911 series.

For 2018, Porsche has set another lap record for the legendary Nordschleife, a record lap time of 7-minutes-12.7 seconds for the 911 GT3. The record smashed the old lap time by 12.3 seconds.Porsche bests one-lap mark at the 'Ring

“The new 911 GT3 not only offers the maximum amount of driving pleasure but with this lap time we have emphatically proven that it also delivers an impressive performance on the Nordschleife,” said Frank-Steffen Walliser, vice president, Motorsport, and GT cars.

“The focus was on optimizing the drivability and adapting the car to the slight increase in engine power,” the Porsche official enthused.

“A few years ago, lap times like this could only be achieved by thoroughbred race cars with slick tires,” Andreas Preuninger, director, GT Product Line. “The new GT3 achieves this with comparatively modest power and is still fully suitable for everyday use.”

Taking advantage of racing technology, Porsche was able to push the 500-horsepower, naturally aspirated flat-six to its record lap. The powerplant is the same six that moves the automaker’s 911 GT3 Cup race car.

Porsche used a fairly stock vehicle to set the new mark. The 911 GT3’s equipment included the automaker's seven-speed, dual-clutch transmission (Doppelkupplung or PDK), Michelin Sports Cup 2 N1 tires and rear-axle steering. The track conditions on the morning of the record run were perfect with an ambient temperature of 46 degrees Fahrenheit and a track temperature of 57 degrees Fahrenheit. They were ideal, driver Lars Kern.

Porsche was careful to ensure that the lap time was real. A notary public was at trackside during the record run of the street-legal, rear-wheel-drive coupe. “If you can drive fast on the Nordschleife, you can drive fast anywhere in the world,” Walliser enthused.