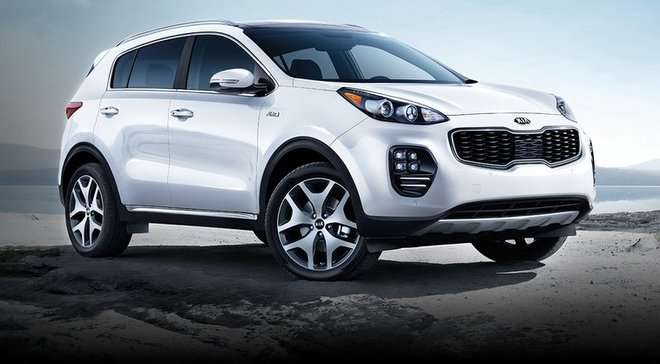 How Kia Has Become A Top Value For Consumers

Kia has had quite a change over the last decade. Starting as a brand looked at primarily as an inexpensive alternative, it has evolved to become the leader in the J.D. Powers annual vehicle quality survey.
Advertisement

In 2006, Kia made a conscious decision when it made design-driven management the key strategy to fuel future growth. It has worked as the global value of Kia Motors has grown 12 percent in the last year, according to Interbrand.

Its study of the “100 Best Global Brands,” shows the Korean automaker has climbed from 74th to 69th most valuable brand in the world. Its brand value grew from $5.7 to $6.3 billion from 2015 to 2016. Comparing it to the year that Kia made its decision, the automaker has seen a 603 percent increase in its value in just a decade.

Kia A Brand Of choice

So, what does this mean for consumers? Simply put, it means that Kia is now a brand of choice for many people. At one time, Kia was looked at as the manufacturer of small, utilitarian vehicles that were viewed as unexciting alternatives for buyers needing inexpensive transportation. Because they were less expensive, they seldom held their value long and were often traded on more standard models – Toyota, Honda and Nissan, for example.

The Interbrand acknowledgment of its improvement and growth, as well as the honors it has received from J.D. Powers, mark the automaker’s entry into the world of quality vehicles that represent a real value for consumers. Kias are vehicles that are sought after by many for their value, quality and features.

“Kia’s impressive growth in brand value in recent years can be seen as a direct result of consumer strengthening attachment to the highly desirable designs and features of Kia’s product lineup and engagement with worldwide communications activities centered on developing the brand’s image. Kia’s brand performance in the European market has been driven by a strong SUV lineup, as well as” a healthy mix of online and offline customer communications programs, said Mike Rocha, director of Brand Valuation, Interbrand.

Charles Suh, Kia Motors’ senior vice president of corporate marketing, said that the rise in brand value “provides us with further motivation to continue or mission to become the most desirable automotive brand in the eyes of consumers.”

Since 2012, Kia’s global brand campaign, A Different Beat, has let the automaker emphasize the vibrant, reliable and distinctive nature of its cars. Providing evidence that this is an effective strategy, over the last 12 months, Kia was ranked in first in J.D. Power’s influential 2016 Initial Quality Study. It is the first time in 27 years that a non-premium brand has taken the top spot in the industry’s new vehicle quality benchmark.

The automaker’s rise to the top was driven by class-leading performance by the Sportage compact crossover and Soul crossover. The automaker was also named by J.D. Power as the third-highest ranking brand among all non-premium manufacturers in its Automotive Performance, Execution and Layout awards for new vehicle satisfaction in the U.S.

Kia’s design excellence was further recognized as the all-new Sportage crossover and Optima sedan both received influential “red dot” and “iF” design awards. Other new products enhanced the automaker’s image during the year as it launched the Niro hybrid utility vehicle and its all-new Cadenza. At this year’s Consumer Electronics show, Kia presented its vision for the future of autonomous vehicle technology. At the show, the automaker announced its DRIVE Wise sub-brand, which embodies the automaker’s philosophy of intelligently designed safe vehicles under its Advanced Driver Assistance Systems.

The 2016 Best Global Brands report is the 17th conducted by Interbrand. The report identifies the top 100 most valuable global brands.