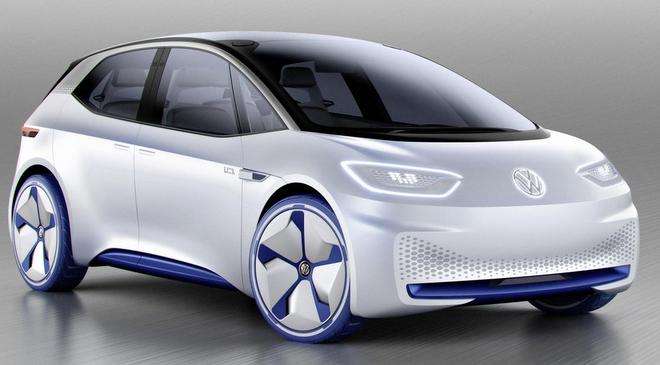 How Dieselgate Set VW On A New, Winning Path

Sometimes things happen that accidentally change the course of institutions. For example, Dieselgate seems to have moved Volkswagen from a path that emphasized hydrocarbons to one that pushes electrics which will help our future.
Advertisement

Maybe it fortune or maybe it was just plain blind luck, but Dieselgate may have set VW on a path that will assure its long-term economic viability. Of course, Volkswagen, more than likely, doesn’t feel that way. After all, it is facing a $16.5 billion settlement for the civil part of the emissions scandal. And it is facing $9-$12 billion in shareholder suits, not to mention the criminal penalties that may cost the automaker billions more.

However, when you think about the direction in which they were headed – diesel technology – it was the wrong move. The problem with diesel is that it is hard to clean up thoroughly. Though it is inherently cleaner than gasoline -- it burns hotter than a cooler gasoline engine automatically cleaning up many issues -- there remain a couple of problems that need to be dealt with, oxides of nitrogen (NOx) and carbon dioxide (CO2). This is what brought on Dieselgate.

VW engineers found they couldn’t clean the NOx up totally in their then-developmental EA189 four-cylinder. Emissions could have been cleaned up substantially by using urea formaldehyde doping, but, VW opted out of it as it was not developed by the automaker. It was developed by Mercedes-Benz and the engineers working on the project decided that since it wasn’t a VW project, it had to be replaced by an in-house solution. Their lean-burn tech solution didn’t work – something that the engineering staff realized.

Imagine, though, if the cleanup system had worked. VW would have been wedded to hydrocarbon technology for the indefinite future. It is the same technology that has helped to cause the environmental crisis. Dieselgate has forced VW to look again at electrics seriously for the second time. VW liked what it found.

The automaker found that lots of good things were happening. Materials technology was advancing to the point where lightweight, high-strength steels were available, as were other materials such as carbon fiber and high-strength plastics. Using these materials, they developed sleek, lightweight vehicle bodies.

Meantime, battery tech was advancing rapidly. Lithium ion devices were available that offered light weight and excellent power yield. Electric vehicles had the range of gas- or diesel-powered cars. Further, advanced materials meant VW could use motors that were smaller, whose performance approached and surpassed gasoline engines in some cases.

And this brings us to VW’s fortunate, bad fortune. Because it is no longer wedded to diesel technology, VW can offer zero-emission electric vehicles like its I.D. concept car, which is set to become the basis of VW’s electric fleet in the next decade. The I.D. debuted at this week’s Paris Auto Show.

Setting an ambitious goal of selling 1 million electrics per year by 2025, Volkswagen premiered its innovative I.D., a highly automated electric car that should cover between 249 and 373 miles on a single battery charge. VW has scheduled the launch in 2020.

The I.D. is the first of an entirely new fleet of electric vehicles, based on VW’s Modular Electric Drive (MEB) kit. Pricing will be comparable to well-equipped Golf models.

According to the automaker, the I.D. concept is forward-looking. While acknowledging today’s electric – Tiguan and e-Golf – the I.D. looks to the future when the vehicles will be automated. Called “I.D. Pilot” mode, the technology is expected for production by 2025. VW also expects the I.D. to make a significant contribution in the run-up to full e-mobility.

VW has made mobility and automated driving an important piece of its innovative exterior design language. Thanks to design DNA for electrics, the I.D. should be quickly recognizable as a zero-emissions vehicle. Exteriors are new and unique. They are complemented by interior changed that takes the conventional driving space and transforms it into “a supremely versatile Open Space,” VW emphasized. The automaker believes the clean, spacious interior should allow motorists “to experience mobility in a completely new way.”

Volkswagen has showcased its new design language for compact electric vehicles in the I.D. It is its first electric to use the iconic design language that will help the automaker transition to batteries as the power source. I.D. will offer, among other concepts:

Fahr Sicher wrote on October 1, 2016 - 9:38pm Permalink
It was the later "just plain blind luck"... VW is a massive company - one of largest in the world in fact on a couple of scales - so it can take a tidal wave such that the TDi problem caused to force new and bolder thinking. I assure you however, that had Tesla not already proven the acceptability of electric cars, VW would not be on this "strategy" today. They are far too conservative and far too risk averse to gable with such a radical change in their namesake marque. And speaking of that, I'll go on record here betting that VW will change their corporate name before long from Volkswagen to Auto Union - a name they already own that is signified in the four Audi rings.
Marc Stern wrote on October 3, 2016 - 10:36am Permalink
You may be right! We shall see!