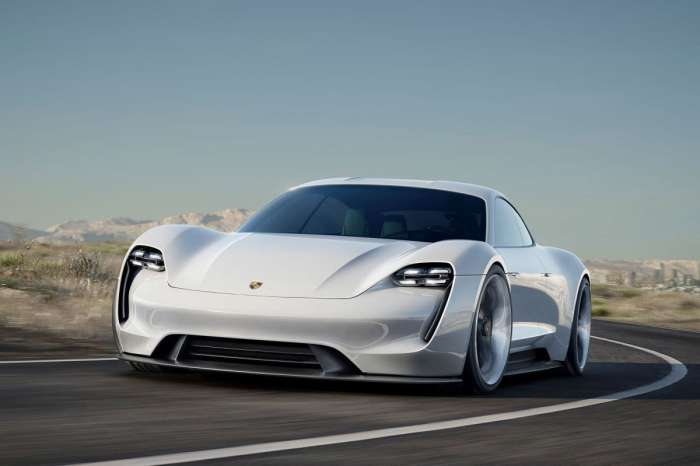 How Can An Electric Sport A Turbocharger? Think About It!

After publishing a story this week about the Porsche Taycan lineup and its pricing, folks began to do a bit of thinking about the top-of-the-line model, the Taycan Turbo! Do you notice there could be a bit of an issue with its name? If so, you pass our very basic English test, if not, it's to detention for you until you find out what is wrong with the sentence.
Advertisement

When The Motor Authority (TMA) re-posted some information on the upcoming Porsche Taycan electric lineup, there was a fascinating non-sequitur (for those who don’t know, it means “it doesn’t follow,” as in “what??”) in the text. If you are a Porschofile, you can easily spot it.

As any Porschofile might expect, the electric will fit right in with the rest of the automaker’s naming conventions. And, therefore, it isn’t very startling that Alex Roy’s, the auto journalist who cracked Porsche’s unique naming scheme for the electric car lineup. Published originally on The Drive and picked up by TMA, Roy’s story must have touched a nerve at Porsche HQ because they had a rep Tweet out with information for the auto journo.

The info given to Roy shows that the Taycan electric line will consist of three models, the Taycan, Taycan 4s, and the Taycan Turbo (notice anything about the last name). The Taycan is about 12 months off.

Turning to TMA, the publication noted that if the names were for a “gas-powered car, we’d expect the Taycan to be the base model, the 4S (not s) to be an all-wheel-drive model with more power, and the Turbo,” which would also boast all-wheel-drive, and which would have a “healthy dose of additional power.” The Taycan Turbo Certainly Sports An Interesting Name, Right?

As pointed out by TMA, electrics cannot use turbochargers – there’s no internal combustion engine (ICE) in the electric Taycan lineup. However, the top-of-the-line Taycan Turbo will offer more power, so that is probably the hook. According to earlier info from Porsche, at least “one version of the Taycan will make more than 600 horsepower and have a range more than 300 miles. Expect that to be the Taycan Turbo,” said TMA. The likely Taycan Turbo would accelerate from 0 to 62 in 3.5 seconds and move from 0 to 123 in roughly 12 seconds.

Changes Made To The Specifications

Since the automaker put out its initial specs on the Taycan, they have changed (and could change again). Initially, the Taycan was expected to offer 400- and 500-horsepower versions. And, all-wheel-drive was thought to cover all three models, as well. Rear-wheel-drive (RWD) was projected as a potential option later on.

Now, however, RWD will be available from Day 1 in the 400-horsepower base model, while the 4S will have 500 horsepower and all-wheel-drive. The transmission will be a two-speed automatic; most electrics have a single-speed tranny.

And, while a Tweet to Roy spelled out many options for the Taycan when TMA sought confirmation of the Tweet, Porsche declined to comment, saying that it declined to comment on future products. That’s where things finished up. However, Torque News is free to speculate on something, the use of the Turbo model type on an electric.

It’s interesting to note that when needed automakers are not above changing car types so that information will fit their storylines. That’s how we have coupes sporting four doors and not just the paltry two that standard coupes have. Indeed, it must be a drag to be an automotive copywriter working on a press release, having to live within the confines of standard American English. The result is that they do not. So, we get the four-door coupe phenomenon and now electric turbos.

Sources: The Motor Authority, The Drive

DeanMcManis wrote on January 1, 2019 - 12:51pm Permalink
Yeah, that Turbo moniker caught me too when I first heard it. You would think that an enginnering-focused car company like Porsche would overrule the Marketing team who proposed that idea. More importantly I was really hoping that Porsche would stick to their sub-$80K price estimate for the base Taycan, but I suspected that most models would be going for $100K-$150K out the door anyway. Maybe the Taycan's brother e-Tron GT will have a more approachable base price, although Audis also have a similar trait of pricey options ballooning the price up.