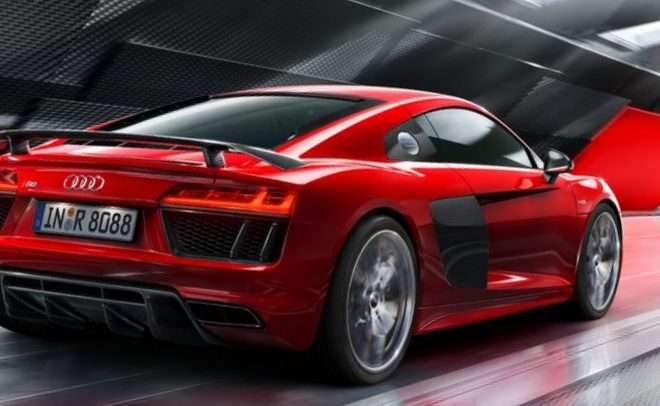 With all that is written about car racing, it is easy to lose sight of one of the biggest reasons an automaker becomes involved in racing in the first place, research and improving its products. That’s right, since the first race cars crossed the start line in the era of the Vanderbilt races more than 110 years ago, automakers have used the sport to improve their vehicles and to introduce new improvements.

Take defrosting, for instance. A race driver was reported to have had trouble with window misting in an early spring race about 80 years ago. Also an engineer, he knew a bit about heat and its properties, and he decided to take a flexible pipe and reroute the exhaust to the windscreen. The result was a clear windshield.

Granted, it’s not the best way to handle things because of the carbon monoxide problem, but it pointed the way for developers to work on the issue. So, defrosting took its cue from racing as did a slew of improvements for cars. Take the major automotive improvement of the early 20th century, the hydraulic brake. At the early part of the 20th century, brakes were little more than hand-activated devices that locked a block of material against wheel drums.

While it did stop cars, it did take a bit of time, and they weren’t all that reliable. Racers found they needed something better, so they came up with the brake drum and internal shoes and the hydraulic system to activate it. The auto industry then took this development, as it did with defrosting and improved on it for consumers. It was a significant achievement in safety, all thanks to racing.

Today, Audi has used its racing experience in the IMSA WeatherTech Manufacturer’s Series to improve its R8 production car. The race version of the R8 is the R8 LMS. The street version shares 50 percent of LMS parts.

Johnny Stevenson congratulated Audi “on winning the IMSA GTD Manufacturer’s Championship.” The owner of the Stevenson Motorsports Team, he said that they were “proud to have been a part of their [Audi’s] great season.” He continued that he hoped his team would “take everything we learned this year and come back even stronger in 2017.”

An enthusiastic Potter said that finishing “the 2016 season with the [championship] is an excellent way to close the year. The cornerstone of the series is endurance racing, so to walk away with the championship in our first season with Audi is incredible.”

In recent years, Audi has been a strong presence on the circuits. For example, the automaker has claimed victory in the Petit Le Mans, a 10-hour enduro at Road Atlanta, nine times straight. In 2014, the Audi R8 LMS finished first in the GTD category. Says Audi, this proves “endurance racing success is part of the Audi production car DNA.”

The Audi R8 LMS shares 50 percent of its parts and is equipped with the same engine as the 2017 Audi R8 production car. Customers benefit from the same level of durability engineered into every Audi R8 race car.

Fahr Sicher wrote on October 6, 2016 - 10:27pm Permalink
So - - specifically what improvements did Audi actually incorporate into the latest R8 that were developed from racing? 50% shared parts? Duh... Who wrote this, a recent college grad with a diploma in PR? Total puff piece - don't get sucked into these Torquenews.
Marc Stern wrote on October 7, 2016 - 6:53am Permalink
Actually, I have been doing this for the better part of 45 years and I got my degree in history, but that's another story. The reason for the piece is far more generic than you might think. Lots of folks today think racing is an extracurricular that has no real application to the real world. However, if you look at the story you might see the historical reference at the start (it's true) and then the Audi piece which brings it up to date. Now, I don't know exactly which 50 percent of the vehicle is shared, but I suspect that Audi has used the data it picked up from the racing to improve the R8. Who knows, the automaker may have used the same engine blueprinting on early R8 mills to make them a: more powerful, b: more bulletproof. Yes I did use some information from Audi -- okay, lots -- but the validity of the piece is this: racing benefits street cars from engine improvements to aerodynamic refinement to drivetrain betterments. Wheel and tire technology is also improved. there's more, but I think that's a lot enough list. What do you think?
Soranak Hum wrote on October 25, 2016 - 10:13am Permalink
Because we really expect the journalist to be given an excel sheet with exactly which pieces are used in the production version versus the LMS version. Sheesh, give me a break, some people love to complain for no reason. Kudos to you Marc for taking the higher road.