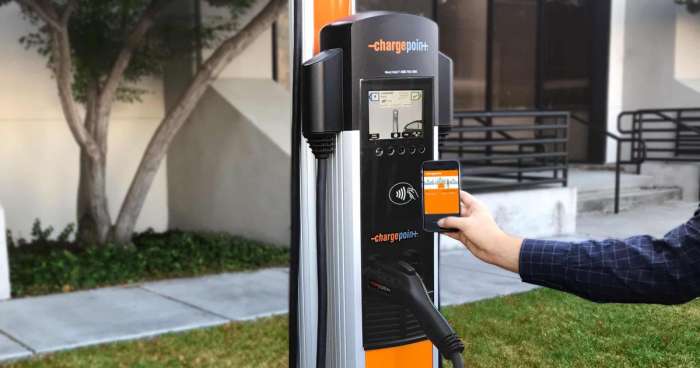 Hackers Can Complicate Electric Vehicle Use By Taking Over Your Charger

With electric car use increasing and with the introduction of intelligent chargers that sit on the internet as part of the iOT (internet of things), comes the word that there are devices that hackers can take over and exploit. Kaspersky Labs, internet security experts, discusses the information.
Advertisement

Remember a couple of years ago, when the iOT received its first mention beyond the confines of technology geeks. The iOT (The Internet of things) turned out to be all the items started showing up for attachment to the internet. For example, if you bought or received a new refrigerator, you, more than likely, found out that you had to enter an IP address or a MAC address to complete the box’s setup. Now, imagine setting one of these addresses so you can run an app from your smartphone to control the fridge. Or, if you didn’t seek to control the device, at least you might have wanted to see what was inside from its built-in camera.

Imagine If A Hacker Got Into Your Device?

Now, imagine if a hacker were to get into your iOT devices. The hacker could, conceivably, turn off the fridge so that everything inside goes bad. Or, the hacker could, on the reverse, turn it up so high that everything inside turned to ice, leaving you with a different kind of a mess. Indeed, it is entirely possible that if the hacker were to turn things up too high, the refrigerator might burn out. That would leave you with a roughly $2,000 pile of metal that would either need a hefty repair as all of its innards would likely have to be replaced, or it would leave you with a hefty replacement tag and the need for more protective software. Hacker-Found Security Flaws In Tesla Software Found, Fixed.

Finally, for this example, it could leave a nasty hacker with a bunch of slave machines that could be used to do other nasty stuff, like drive system attack on Internet-facing systems. They could potentially spool up a denial of service that could knock major systems or networks off the air. Granted, it would take more than your TV set, washer/dryer, and refrigerator to do this, but, it isn’t beyond the realm of possibility that the systems could be strung together so that their combined processing power just overwhelmed whatever the target was.

Imagine what would happen if your electric car home charger were part of this evil network of zombie machines (machines you can’t find, but which are nevertheless there doing what they shouldn’t be doing). The hacker could turn your charger into a device that might consistently overcharge your vehicle or cut the charge short, so the car would fail, leaving you in the lurch. Hackers Can Control Some Chargers

It is true that smart home chargers, linked to the internet do add to the convenience of owning an electric car, but, at the same time, these vehicles can add to your home’s vulnerability. It is the flexibility of remote access, scheduling, power-output adjustment, and even data displays that offer you convenience.

However, while they do offer convenience, according to the folks at Kaspersky Lab, a leading cybersecurity company, chargers can make your home more vulnerable.
Connected home chargers can bring a higher level of convenience to the electric-car ownership experience, allowing more flexibility with:

But according to the cybersecurity company Kaspersky, they can also bring a higher level of vulnerability to your home. The cybersecurity outfit recently found that hackers could exploit chargers from ChargePoint.

ChargePoint Home offers a wifi-enabled smart charger. Audi makes the charger available through its simplified install program. Amazon Home Services provides the Audi program. The chargers must be connected to a network to take advantage of all of its features and to receive any security updates. ChargePoint responded to claims regarding connectivity issues. “ChargePoint is constantly reviewing solutions in our portfolio and making enhancements when appropriate, most of which can be made over-the-air,” according to Darryll Harrison. “Our goal is to ensure that ChargePoint Home remains one of the most reliable and secure home chargers on the market,” Kaspersky noted that ChargePoint did patch the potential issue after it was informed about it. However, it was also acknowledged that some vulnerabilities might be exploited before they are fixed. Further, it has also been recognized by some in cybersecurity that smart devices rely heavily on user choice and that some of those potential choices aren’t obvious to users. Automaker Hopes To Use Hackers To Protect Software.