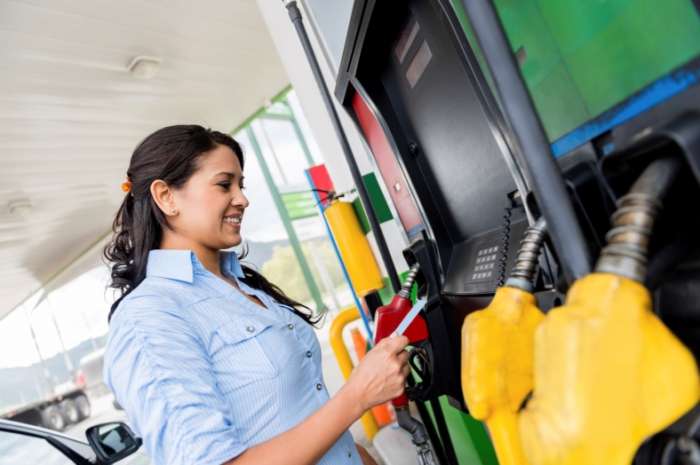 The GOP lined up against the Administration's proposed 50 MPG mileage rule, saying that low gas prices make it tough to recoup investments in hybrids and fuel-efficient vehicles.
Advertisement

When the first Corporate Average Fuel Economy (CAFÉ) rules were proposed four decades ago, U.S. vehicles drank gas like lemonade on a hot summer day. Back then, the average fuel economy of the American vehicle fleet hovered somewhere between horrible and merely terrible.

At that time, the average fuel economy of new cars and trucks was between 14.5 and 18, on average. Of course, there were some exceptions to that lousy mileage, but they were few and far between.

It took two fuel crises in the 1970s to point out just how dependent the U.S. was on imported fuel. It also pushed the federal government to act by mandating standards that would bring up the average mileage of U.S. cars and trucks. The actions worked. Today’s average fuel economy is nearly triple the fuel economy numbers of the 1971-76 era.

One thing that’s interesting to note about this is just how much this upsets the thinking of the “tiny government” types who believe that the open market is the cure for everything. For some reason, they seem to have disconnected cause and effect here. In the safety realm, for example, the cause has been government action on safety; the effect has been improved safety. The same is true of mileage. The thing is that opponents – including many in Congress now – believe, for some reason, that the improvements have grown out of market forces (a favorite bedtime story for their kids) and not government action. They believe government actions are inherently wrong.

If it weren’t for the government mandates, it is unlikely that the market, given no pressure to improve at all, would have acted. It is an entertaining fiction that still has many believers in Congress.

They are trying to roll back CAFÉ rules that are raising goals inexorably. A story in Automotive News this week pointed out that GOP lawmakers are pushing hard against an administration plan to boost fuel economy averages to more than 50 mpg by 2025. Indeed, one lawmaker is saying the plan should be repealed outright.

“You can make a good intellectual case to repeal CAFÉ and let the market handle it,” said Rep. Joe Barton, R-Texas. He was the only congressman to support outright repeal, while others at Washington hearing late last week rapped the administration’s proposal. The interim proposal from the National Highway Traffic Safety Administration (NHTSA) is undergoing evaluation to determine if changes are needed. A final rule is due in 2018.

With a glut of oil suppressing prices, motorists are now paying about $2 nationally for fuel. It is a situation that is unlikely to continue over the long term as there are – no matter what pundits and gurus think – finite limits to the amount of hydrocarbon fuel out there. No one knows when the glut will end, and oil/gasoline prices will spike upward.

Basing his comments on the current situation, chair of the House Energy and Commerce Committee, Rep. Fred Upton, R-Mich., said the low gas prices make it hard to recoup higher sticker prices for hybrids and other fuel-efficient vehicles. “If done wrong,” Upton said of the standards, carmakers and consumers will be hurt.

Major automakers increased pressure for a rule rewrite, as well. In prepared remarks, the industry questioned whether low gas prices and weak demand for electrics might not require significant standard changes.

ZEOG wrote on September 26, 2016 - 3:49pm Permalink
I strongly disagree with the Senator from Texas. We need to be planning for a total ban on fossil fuels and stop all this whining "but pollution, cancer, gas pump diseases, supporting terrorist OPEC nations, and fiery auto accidents creates thousands of awful jobs" Oil is a disease and a plague upon this planet.
Marc Stern wrote on September 26, 2016 - 5:44pm Permalink
How about planning for a more balanced mix of transportation alternatives that allows for personal choice? Just asking....