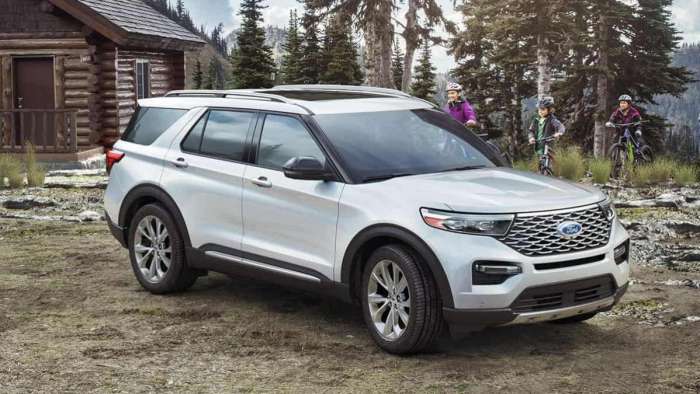 Ford has announced a small recall of about 500 midsized Ford Explorer and Lincoln Aviator SUVs (corporate twins) to fix fastening problems with the front seats.
Advertisement

The Ford Motor Co. has recalled a small number of Ford Explorer and Lincoln Aviator vehicles to fix an issue with improperly installed front seats. The issue involves the torque level on the side airbag or the seatback module attachments.

By way of explanation, parts in a car are tightened to a certain level of torque. The level of torque is determined by the factory and is then used when everything is put together. There are times when the levels that are marked up aren't used. Instead, the particular part or parts may be overtightened or under tightened.

In either condition – under tightened or overtightened – the parts aren't reliable. Instead, the parts are not reliable, according to factory specifications. That the tightening may either cause the part of break or loosen up is a result of the issue. It isn't often that a manufacturer has this issue, but when it does, it has to be corrected.

That's the issue with the 528 Ford midsized SUVs. The problem with the tightening (torqueing) is simple. The affected models are equipped with front seatbacks that may have fasteners with improper torque settings on the side airbag or seatback module attachments.

If the side airbag and seatback module aren't fully secured, it could affect the trajectory of the side airbag deployment. It may even prevent or delay the airbag cushion from positioning correctly, increasing the risk of injury during a crash.

Ford has had no reports of any accidents or injuries related to this condition. The action affects 491 vehicles in the United States or territories, 34 vehicles in Canada, and three in Mexico. II affects 2020 Ford Explorers built at the Chicago Assembly Plant from November 19, 2019, to June 4, 2020, and 2020 Lincoln Aviators built in the same plant from April 11, 2019, to June 8, 2020.

Dealers will remove the front seatback panels from one or both front seats and verify the proper torque level on the fasteners. The Ford reference number for this recall is 20S48.