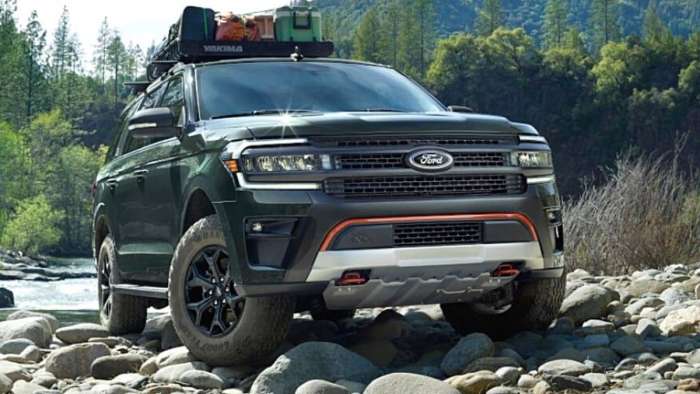 Ford has announced a recall of 39,000 full-sized Expedition and Navigator SUVs as it seeks the cause of potential underhood fires.
Advertisement

When an automaker advises owners of some of its vehicles to take special precautions in parking those vehicles, you can be sure that the carmaker isn't taking the problem lightly. It may seem like an oxymoron to state this, but it isn't. It shows that the automaker realizes a problem with specific vehicles and wants to ensure their owners are safe.

Some Reasons For Special Parking Requests

For example, this week, Mercedes-Benz told drivers of some of their older vehicles to "park their vehicles and call for a tow" into their dealer's mechanical shop. The reason was easy; moisture could seep into a crucial part of the brakes and launch an attack of corrosion that left those vehicles without good braking.

Good braking is essential in any car on the road. For example, the car industry introduced disc brakes on the front wheels of most models about 30 years ago. Disc brakes were a marked improvement over the formerly standard drum-and-shoe brakes that had been a part of the auto industry for nearly 75 years. Disc brakes weren't subject to heat fade, the prime factor limiting brake shoes and drums. Once introduced, disc brakes quickly became the new standard, eventually on all four wheels. Disc brakes marked a revolution in braking technology. They made every car a safer vehicle in which to ride or drive.

Brakes aren't the only reason automakers have asked their customers to take special parking precautions. For instance, Hyundai recently told owners of some of its SUV models to park outdoors. The automaker told its owners it called for outdoor parking because a corrosion problem with a brake module would have allowed flammable brake fluid to leak onto hot manifolds, potentially sparking fires.

Many Owners Told To Park In The Clear

And in 2015, 1.4 million GM advised the owners of 1.4 million older midsized vehicle owners to, like Hyundai, be sure to park outside due to a similar fire risk. Similarly, Jeep told 500,000 owners to park outside, away from structures, since there was a chance of a fire. The same automaker issued a similar request to 50,000 Jeep Cherokee owners in 2018.

Now, the Ford Motor Co. has joined the "park your vehicle club in the open" for a similar reason, underhood fires. Ford issued the request Thursday. Some 2021 Ford Expedition and Lincoln Navigator three-row SUVs built over four months, between late 2020 and early 2021, are prone to underhood fires. Ford is looking for the answer.

In response to 16 reported incidents, Ford has issued a recall for the 39,013 Expeditions and Navigators built between December 1, 2020, and April 30, 2021. According to Ford, the Expeditions and Navigators are at risk for underhood fires, even when the vehicle is parked and turned off. The fires, of course, can spread to structures if the SUV owners parked in garages. Thus, the automaker stressed to need to park in the open air.

In Ford's filing with the National Highway Traffic Safety Administration (NHTSA), the automaker noted that there had been no reports of problems with the SUVs built before December 1, 2020 or after April 30, 2021. The automaker is aware of one reported injury.

Ford, which began investigating the issue on March 24, 2022, has not yet established a cause. Ford noted that the incidents originated in the rear of the engine compartment near the vehicle's passenger side.

Ford is treating this recall with urgency and will communicate to customers – via FordPass and Lincoln Way app and mail – as soon as it finalizes the list of owners and addresses within the recalled vehicle population.

"We are working around-the-clock to determine the root cause of this issue and subsequent remedy so that customers can continue to enjoy using their vehicles," said Jeffrey Marentic, General Manager, Ford Passenger Vehicles. "We recognize the importance of staying in touch with our customers until we resolve this matter."