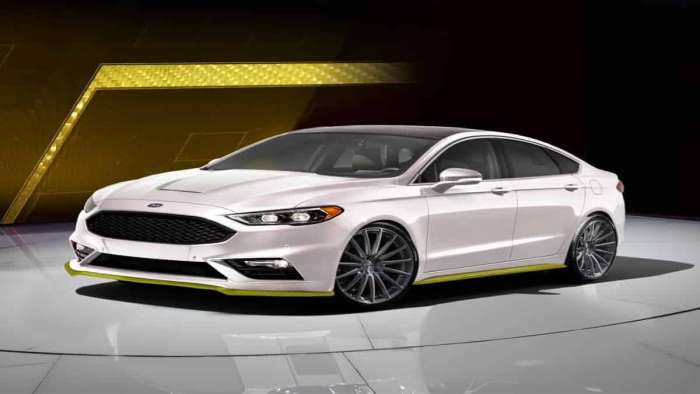 Ford has recalled 200,000 2014-15 Fusions, MKZs, and some Mustangs to fix a problem that leaves the brake lights on. It seems that heat and humidity slowly destroy brake and clutch pedal parts, turning and leaving on the brake lights, confusing other drivers. This is very similar to the humidity problem that brought about history's biggest recall over Takata's front airbag housings.
Advertisement

Ford has recalled 200,000 2014-2015 intermediate cars with a problem that sounds similar to one that caused the most significant safety recall in history. The issue is deterioration caused by three factors:

The problem affects some 200,000 intermediate Ford and Lincoln cars. The affected vehicles are 2014 and 2015 Ford Fusions, Lincoln MKZs, and certain 2015 Mustangs. The issue is that these vehicles have brake and clutch pedal parts that are affected by high temperature and humidity.

According to an Associated Press report, the vehicles were "warm weather" cars. These cars were either sold or registered in Southern or coastal states.

It seems that rubber brake pedal parts will disintegrate over time, causing the brake lights to remain on. This can confuse other drivers and increase the risk of crashes. For operators of vehicles with automatic transmissions, it means that their vehicles can shift out of Park with no foot on the brake. The suspect part is likely the neutral-start switch which requires you to have your foot on the brake before shifting your car. On vehicles with standard transmissions, the neutral-start switch might cause the problem. Or, it might be the throw-out bearing controlled by the clutch pedal.

Ford will begin notifying owners when they can bring their vehicles for repairs in the first part of March. Dealers will inspect and replace brake and clutch parts in those vehicles with manual transmissions for free.

The interesting part of this issue is its similarity to the problem that affects many vehicles involved in the most significant safety recall in history.

It's Not The First Time Environmental Factors Are Blamed

If you have followed the Takata airbag recall, you probably noticed that the airbags in question were affected by heat and humidity. The vehicles were sold primarily in areas where the conditions were the same. Over time, the front airbag inflators were affected by moisture. The propellant, ammonium nitrate, deteriorated to the point where it became more powerful, and the charge was more forceful when the front airbags went off, protecting occupants. This was a function of the deterioration of the ammonium nitrate and its age.

The point to be made here is where the airbag inflators. According to reports surrounding the Takata recall, the inflators were built in factories located in warm, humid areas. The vehicles were then primarily sold along the Coastal and in Southern states where there was a lot of heat and humidity. Like the brake and clutch pedal parts in the 2014 and 2015 Ford vehicles, the airbag inflators were also affected by heat and humidity in many ways. If yours is one of the affected midsized models, be sure to get the problem attended to right away.