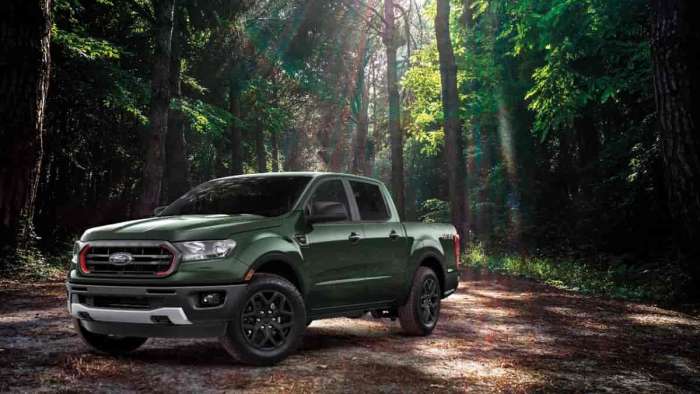 Last fall, Ford unveiled a trio of new colors for the Ranger line. Well, they finally released the color availability and pricing and truthfully, the colors are stunning.
Advertisement

Have you ever looked over at a pickup or SUV and thought that the paint color was exactly right for your pickup or SUV? It happens all the time. Here's a case in point: a few years ago, we were looking at new vehicles as our daily driver was on its last wheels. Yes, the old faithful vehicle was used as a trade on a new one.

As we looked around at the color choices, we decided a silver blue was the best for our new ride, and that was it. We did the usual at the dealership – test drive, bargaining, the handshake, and the forms. Then, it was into the business office, where we finalized the deal. We switched the plates to the new vehicle from our former ride, and we were on our way. A quick call to our insurance agent while things were percolating and everything was all set.

It was a very straightforward deal, one that we were happy to make. It also happened about six years ago.

One of the keys for us was the color. The silver-blue paint and trim were just what we wanted, and we were pretty pleased.

Ford has a new winning combination of colors for its Ranger line of medium pickups. Last September, the automaker announced the return of the Ranger Splash package and the Splash Limited Editions, which are one-time-only colors that will drop every few months. 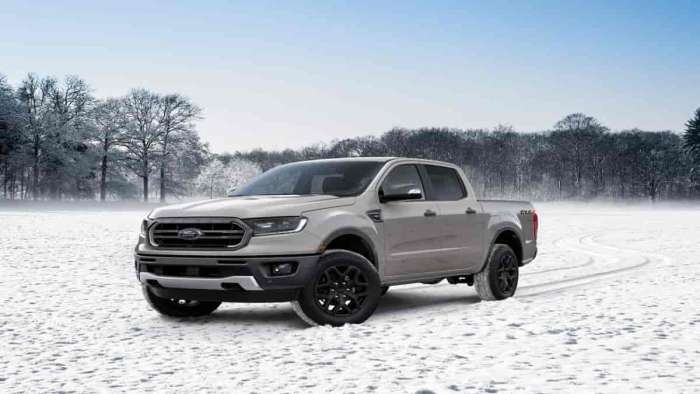 Unique ebony leather-trimmed seats feature Ash Gray accent stitching and carbon weave tuxedo stripes and bolsters, with additional black accents highlighting the interior. There will be a limited sun of 750 Splash – Snow Edition vehicles, and target availability will be next spring.

There will be a limited run of around 500 Splash – Forest Edition vehicles. The target is next summer.

The third of the limited-run offerings is the XLT Ranger Splash – Sand Edition. 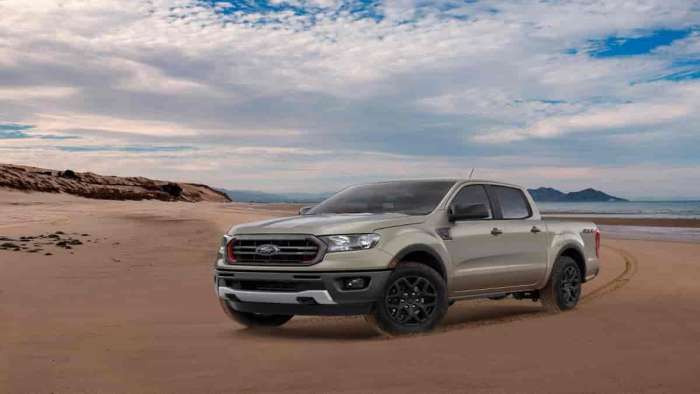 There will be a limited run of about 500 Splash-Sand Edition vehicles. The target availability is next fall.