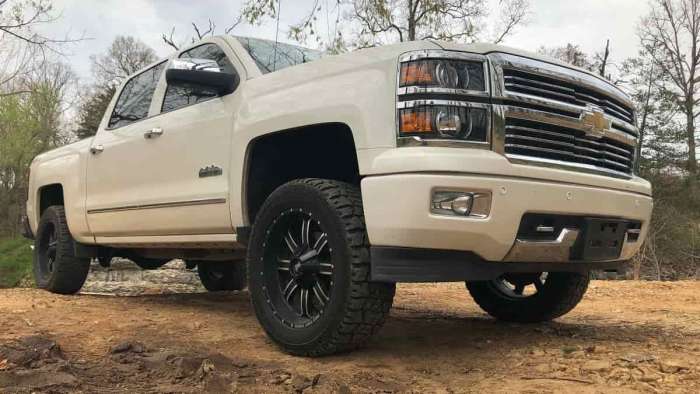 As Ford Has Stepped Up In Takata Recall, GM Looks For Way Out

As Ford has asked for two recalls in the last few years regarding the Takata airbags and its Ranger, GM is asking again to leave 6 million pickups/SUVs out.
Advertisement

If you were to look at recent actions of Ford and General Motors in the Takata airbag emergency, it would seem like the “Tale of Two Automakers.” Ford has doubled-down on getting things to 100 percent by next June on its Rangers and Edge SUVs, while General Motors wants to leave 6 million pickup and SUV owners in the lurch in the exploding airbag inflator recall.

Ford Steps Up, GM Looks For Way Out

Over the weekend, news reports came out that GM has asked the National Highway Traffic Safety Agency (NHTSA) if it can drop about 6 million pickups and SUVs out of the exploding airbag recall. The reason, says GM, is that the inflators in it vehicles had passed GM-initiated tests. The automaker also noted that the inflators are unique to its vehicles and so, by extension, are safe. This is the fourth time in four years for GM’s request.

Ford, on the other hand, has more than stepped up to the responsibility it has. Since 2015, the automaker has issued two recalls for its intermediate Ranger pickup. In the first, 400,000 2004-2006 Ranger pickups were recalled to fix faulty front airbag inflators. In the second, earlier this year, the automaker issued a “do not drive” recall. Ford Has Two Ranger Recalls. 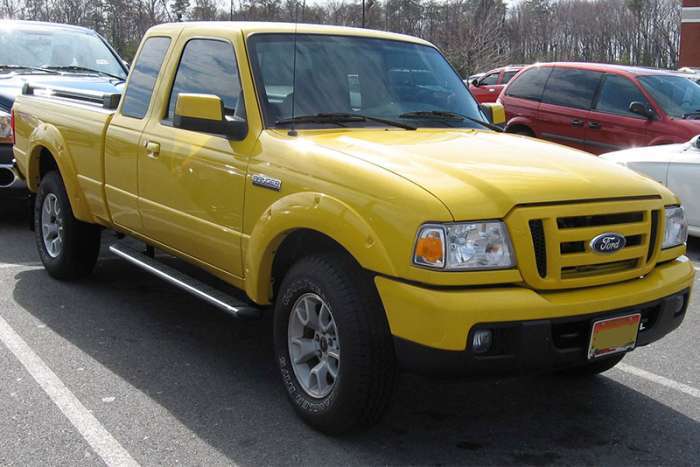 In the “do not drive” recall, Ford told Ranger owners that they had to park their pickups and not drive them due to the risk. Ford said that it would provide tows into dealerships to make the repairs. Ford has identified a kernel of about 3,000 Rangers with a higher incidence of catastrophic failures. (Honda two years ago identified a kernel of its Civics and Accords that had failure rates of more than 30 percent with some as high as 57 percent, and the automaker had to issue a “do not drive” recall.)

Ford Steps Up As GM Explains Itself

According to a story that appeared in The Detroit Free Press, GM has argued that its airbag inflators – the component that blows up – are safe because they are unique to its vehicles. The automaker also tested about 4,000 inflators and had no bad deployments. This isn’t the first time GM has asked for this relief. The automaker has made this request before during the last few years.

Takata did not agree with GM’s assessment. Instead, airbag manufacturer said any components used in the GM airbags are defective, and so their airbags are defective. Takata had worked out a series of recall phase-ins that would cover all of the vehicles involved in what would turn out to be the largest safety recall in history.

GM, in its most recent exemption request filed this year, seeks to avoid the expense of providing its trucks and airbags – estimated at $1.2 billion. In contrast, Ford states that it is their plan “to achieve 100 percent accounting for Ford vehicles in the highest priority airbag recalls by June 3, 2020,” the automaker says in a statement on its website. The website presents airbag recall information comprehensively.

Jason Levine, executive director of the Center for Auto Safety (CAS), emphasized that NHTSA has to do its job and tell GM to get pickups that might have the risk of having exploding airbag inflators off the road.

General Motors, for its part, said it had had 4,270 airbag inflators tested by Northrop Grumman. The automaker claimed that after the tests were no bad deployments. Testers exposed the airbags to artificial environmental factors – heat, humidity, and the like.

General Motors and Ford are among 19 automakers involved in the massive safety recall. The recall may ultimately involve 55 million inflators and 37 million vehicles. To meet the needs of the negotiated withdrawal plan, GM would have to recall:

Ford Steps Up As Recall Shown

So far, exploding Takata airbag inflators are responsible for at least 24 deaths around the world, including 15 in the U.S., and more than 200 serious injuries. The culprit in the blasts that caused these deaths and injuries has been Takata’s choice of airbag propellant, ammonium nitrate. The inflators, made at Takata’s Mexico fabrication plants, were not sealed well against moisture. This allowed moisture to get into the propellant and begin its deterioration.

Meantime, the same housings feel the heat, humidity from their location in that type of climate. As the propellant deteriorated, it became more powerful. When activated, the force of the blast created the degraded propellant was enough to smash each housing. The disintegrating housings created shards which can scythe through a passenger compartment causing injury and death.