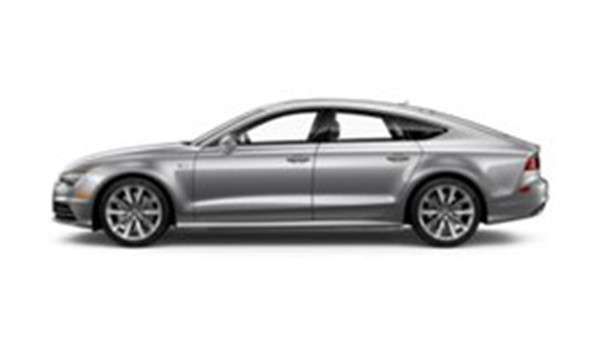 Do You Think All Airbag Issues Are Takata? There Are Others

Audi has recalled 17,000 A7s to fix an issue with face curtain airbag issues. It is probably the first time in a while that airbag news hasn't been related to Takata products.
Advertisement

If you think about cars and airbags, the chances are that the first thing that will come to mind is the Takata airbag inflator recall. The reason is simple: it is the largest car safety recall in history. Indeed, by the time the issue has worked its way through the system, about 100 million driver-side or passenger-side (or both) airbag inflators will have been replaced by the manufacturer.

The recall extends back multiple years and impacts multiple lines. The first major recalls occurred in 2008. Over time, those recalls were renewed and expanded. For example, though Honda first ordered recalls in 2008 that covered the front airbags, the automaker either added to or open new recalls in 2012 and later, despite the fact that the original recalls were still open.

Sometimes, though, there is airbag recalls that don’t involve either Takata or the driver-side or passenger-side front airbag inflators. Audi has recalled nearly 17,700 A7s in the U.S. to fix a problem with its head curtain airbags. According to documents on file with the National Highway Traffic Safety Administration (NHTSA), the head curtain airbags may not open as intended.

The recall affects the Audi A7s built from 2015-17. A total of 17,694 A7s are involved and will need repair. Owners the of the affected vehicles should receive recall notices via mail sometime late next month. Once an owner receives a notice, they can schedule an appointment at their dealership for the no-cost head air curtain replacement.

Key Safety Systems made the airbag systems involved in this recall. According to the safety agency, the problem at hand has to do with their manufacturer. NHTSA has said that the head curtain airbag may not unfold properly during an activation. If this is the case, said the safety agency, it could “result in an increased risk of injury to an unbelted driver in a crash where the head curtain airbag deploys.” Thecarconnnection.com quoted NHTSA.

Meantime, if you own one of the A7s involved and want more information, contact Audi customer service at 800-253-2834. Audi’s internal designation for the recall is 69R2. Or, you can contact NHTSA’s Vehicle Safety Hotline at 888-327-4236. The NHTSA safety campaign number is 17V2930000. Or you can contact the agency’s website www.safercar.gov.