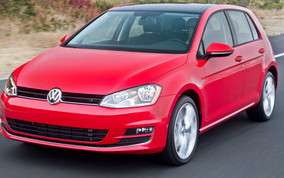 Negotiators are working diligently to reach an agreement on the criminal settlement of the Dieselgate case. They are trying to find closure before January when the administrations change and the faces at the negotiation table change.
Advertisement

Now it’s down to simple math: how big will the criminal penalty be against Volkswagen for its self-inflicted emissions scandal? It is a balancing act between keeping the automaker in business while assessing a fine that will teach a lesson, said Automotive News Europe (ANE) Wednesday.

Negotiators from the Justice Department and Volkswagen are working diligently to achieve a settlement before the administration change in January when President Obama completes his term. By completing the negotiation process and finding closure, the same players will be facing each other. If it goes longer, then the political team will change, reflecting the new administration.

Interestingly, the Justice people are not only working with VW, but they are also working with Deutsche Bank to settle a civil case. Some 320,000 German jobs could hang in the balance if the fines are too much and drive each business over the brink. Deutsche Bank is trying to settle civil charges that stem from the mortgage meltdown a decade ago.

At this time, it’s not clear what range of penalties will be applied in the criminal case against VW. The automaker had net liquidity of 28.8 billion euros -- $32.4 billion – as of June 30. Chief Financial Officer Frank Witter has a net cash figure of 20 billion euros to ensure VW’s funding needs and to protect its credit rating.

VW does have a regular influx of money quarterly due to car sales, and it also has access to a credit line to pay its debts. It could also raise capital to pay its obligations, said ANE.

So far, VW is paying an $16.5 billion to settle the civil fines already levied in the U.S. The fines, an industry record, were the result of admissions last year by the automaker that it had used a “defeat switch” to cheat on U.S. emissions tests of its diesel cars. The automaker knew that its vehicles couldn’t meet the standards and had implemented the “defeat switch” software routine as early as 2009. It continued the ruse until 2015.

VW is also facing investor lawsuits that may total as much as $9.2 billion in Germany. Germany is also conducting a criminal investigation.

Fahr Sicher wrote on September 29, 2016 - 6:03pm Permalink
As the $16.5 BILLION that VW has already agreed to payout includes settlement money to all 50 states and a huge sum to the CARB and EPA to fund their efforts to install charging stations and reduce diesel emissions in large trucks, at what point is enough enough? I appreciate that all of these government entities are embarrassed to having allowed this to occur for so many years, but $16.5B is a sum that would have killed most other auto companies. VW is one of the largest employers in the world at approx 650,000 people and there are at least twice that number who rely on VW thru vendor and supplier relationships - will putting them out of business teach anyone anything? And is what VW did really 165 times as onerous as GM choosing to ignore their crappy ignition switches for 10 years while teenage girls with lots of dangly junk on their key chains died? What VW did is stupid, wrong and they deserve to pay deeply - but let's get real here...
Marc Stern wrote on September 29, 2016 - 6:21pm Permalink
That was the point of the whole story. The feds are working up a fine that will punish VW and make the automaker realize how wrong they were, but, at the same time, they are trying to balance it with keeping them afloat. BTW, $16.5 billion figure is only for the civil side of Dieselgate. They are also facing at least $9 billion more, right now, in shareholder suits and that could rise. And, they are facing criminal investigations in Germany, France, Italy and elsewhere that will cost them some money. Lastly, there's the criminal side of the American investigation which is the figure they are trying to balance. The feds aren't trying to put them out of business, just make them realize they can't do whatever they want, whenever they want to.
Fahr Sicher wrote on September 29, 2016 - 7:24pm Permalink
You made your point well Marc - apparently I didn't... Isn't $16.5 billion enough of a fine? I know there are additional threats of suits from various parties who believe they were irreparably damaged and I suppose the US govt feels that VW "deserves" to pay even more, but I'm fairly sure that VW has already gotten the message they aren't "just allowed to do what they want" (as though they ever thought that)... $16.5 Billion will do that with the same effect as 20 or 30 billion... And just wait for a US company to screw up in Germany if the US feels the need to be that punitive.
Marc Stern wrote on September 30, 2016 - 7:10am Permalink
Well put!