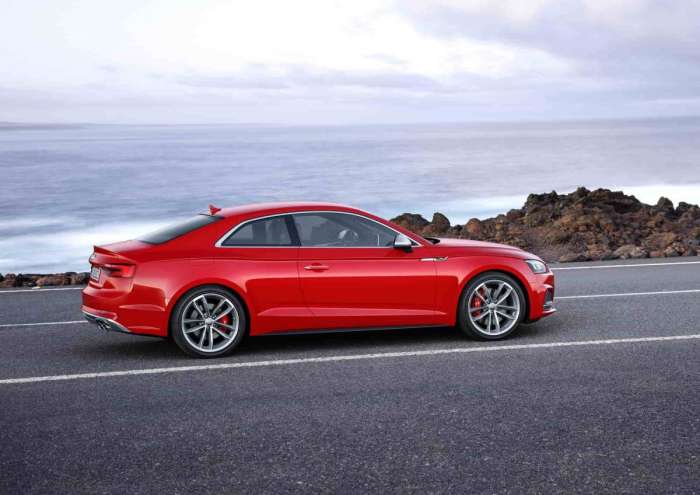 At one time about 750 years ago, a bunch of guys called alchemists tried to turn lead into gold. That they didn't know anything about periodic tables and metals related to lead didn't deter them as they were convinced they could do it. It's too bad they didn't know, they would have saved lots of time. Today's conversions in the auto world work a lot better as this Tesla-Audi Swap. Read On.
Advertisement

With carmakers rapidly offering battery-powered versions of their more powerful machines or other electric vehicles (EVs) as standalone models, you’ll find that more of today’s conversion projects are using an advanced electrical drivetrain in what formerly had been a standard high-end internal combustion vehicles.

However you look at it, this conversion project, which features project is a real beast. And, it is also an immaculate conversion. It features one Tesla P85 power team and an Audi S5. Of course, you would expect that any conversion involving an Audi and a Tesla to be clean, but, this one was so good that it drew raves from a top Tesla DIYer, Rich Rebuilds. How was it put on Motor1.com? Oh yes, he loved it, after a trip to a Long Island tuning shop. Tesla P85 Powerteam Used On Audi S5 With Great Result.

However, we’re getting ahead of ourselves. It seems that an editor at Motor1 tripped across this somewhat unique project a while back and then kept an eye on things until they were ready to pop. Of course, they did mention the conversion at that time. However, this time around, the developers at POLYKUP took some videos of the project. POLYKUP works on electric conversions, using Tesla equipment. This time they teamed the driveline up to the Audi, and it worked.

This project also spiked the interested of Rich Rebuilds. They made an appearance to check to see if there was anything out of line with the pickup, but there wasn’t. Instead, last week, an editor from insidevees.com, shared videos of this unique problem. And, when folks saw the conversion, they said nice things about it, including. Seriously, the head of Rich Rebuilds checked out the vehicle at Chameleon tuning in Bohemia, Long Island, after the car was driven to the Long Island-based tuning shop by its owner.

Yes, POLYKUP, which does, after all, specializes in conversions, using Tesla’s powerteam. They took the Audi P85’s batteries and the Tesla motor and inverter. The developers left Audi’s factory transmission, using a single-speed gear setup. Converter Specializes In Using Tesla Power.

“This German V-8 Couple no longer has a distinguished rumble (ICE vehicles don’t). In fact, you won’t even hear it coming. Our Audi S5 boasts 200-plus miles of range and over 500 HP being delivered to all four wheels using Audi’s race-proven mechanical Quattro AWD system.” Audi S5 Becomes Powehouse Using Tesla Driveteam.

When all the dust had settled, and the initial tests finished on the Audi, they found numbers like this: 359.5 horsepower with 449 pounds-feet of torque. POLYKUP generated the numbers on its chassis dyno. Also, the S5 didn’t have anything like a full charge remained in its batteries. It was already well below the 50 percent due to use and earlier testing.