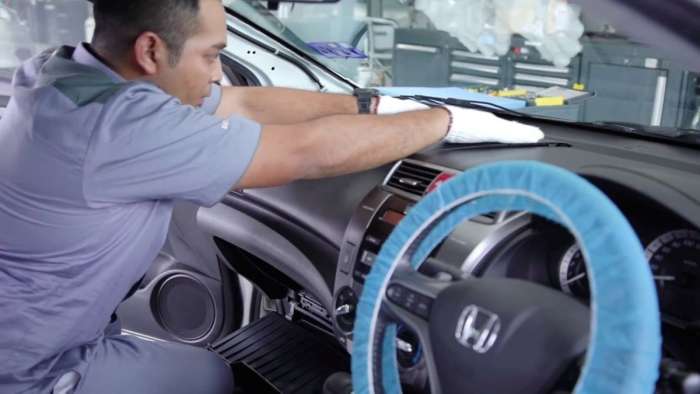 As the Takata airbag recall, keeps on keeping on, thieves are targeting something new, the airbags themselves. For a frustrated car owner who has been waiting and waiting for a replacement airbag, this type of airbag may be just what the doctor ordered, though, admittedly there are ethical questions.
Advertisement

With the world’s largest safety recall whirling in the background – Takata – it seems that thieves are now singling out new models for their airbags. How many are stolen? It is on the order of 50,000 airbags yearly that thieves are swiping while leaving the owners of the car to put the pieces back together. More Cars Are Added To The Takata Airbag Recall.

Hondas Are The Biggest Targets

And, rather than let you wonder which vehicles are the most sought-after by thieves, the cars are Hondas. Specifically, says the National Insurance Crime Bureau, new Honda Civics and Honda Accords. Indeed, USA Today, in a recent report, noted that airbag thefts continue to spike in major markets around the nation.

For thieves, an airbag score can bring as much as $1,000. More realistically, the rate will be from $200 to $300. Meantime, once the airbags have removed from their Hondas, the owners of the vehicles are left holding the bag. It can cost between $1,500 to $3,000 to repair the damage thieves have done. Who is left holding the bag? Unless the car owner’s insurance covers airbag theft, the owner must shoulder the whole thing.

It’s funny, but in the reasonably recent past, thieves went after unattended items in the car or the car’s radio control head and even the car itself. Now, the airbag is the marked product. Indeed, in just four years, the numbers of airbags stolen climbed from 38 in 2013 to 875 in the representative county, Miami-Dade.

Honda Has Been Blindsided

To say that the turn of events has blindsided Honda is putting it mildly. Chris Martin, a Honda spokesperson, told USA Today that owners don’t have to report stolen airbags to Honda. “There’s no way for us to know [the numbers of airbags stolen] because owners don’t have to report to us when parts have been stolen,” Martin said. “But, we are certainly not unaware of the fact that Hondas have been a target of parts theft for many years simply based on the popularity” of Hondas, in general.

Interestingly, there may be something more at work here than just the fact that Hondas are the most stolen cars in the U.S. It is possible that the thefts could be due to the recall. Because of the historically huge size and scope of the airbag recall and inherent delays due to the size, the thefts may be to replace other airbags in new Hondas.

And, because Honda was the most heavily-affected vehicle and because Takata was its primary airbag supplier for years, it is entirely possible that Honda vehicles are targets. Let’s face it with nearly 12 million cars in the U.S. called back to have their airbags replaced because owners are worried the airbags will go off with a bang, and with the deadly consequences that follow, it is possible that more than one black market airbag finds its way into an affected Civic or Accord.

It is possible that as the airbag industry has been working overtime to meet the demand for the millions of airbags that are needed to meet the recall demands, it is possible the thefts may be to speed things up for some Honda owners.

Why Do They Turn To They Black Market?

Indeed, dealerships that have been impacted by the delays may have turned to the black market to meet the demands. Though it is insurance fraud, dealers are not saying anything to anyone when satisfied customers roll out the service bay doors. It’s not that it is a big money maker, it isn’t. Most carry prices of from $200 to $300, significant savings for a cash-strapped consumer, so why would anyone say anything? It is true that it is insurance fraud to use a black market airbag. However, since there is no airbag police waiting to bust folks for are trying to either speed the process along or who are trying to save a big parts bill, it is unlikely anyone would say anything.

One would think that with this type of trend in thefts that the authorities would track them. However, no automaker or safety agency or other airbag-maker is tracking the thefts or installations. Since there is no tracking, it is difficult to figure out the scope of the issue or whether drivers are in danger due to this issue as it’s not easy to reinstall correctly.