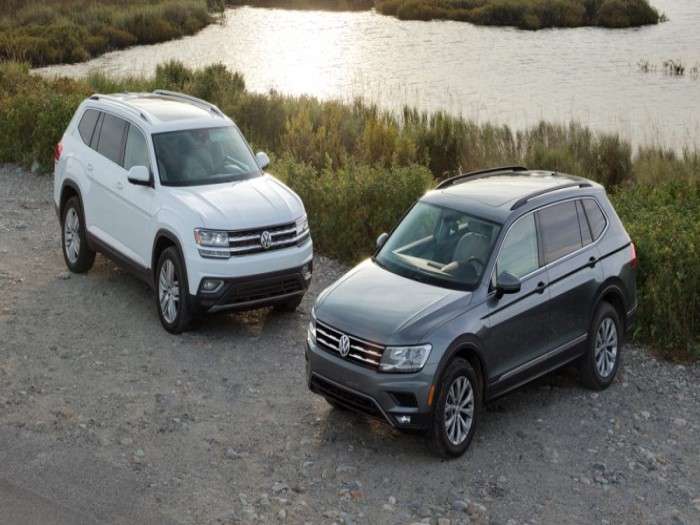 Anyone could have predicted VW sales hike, right? Of course

VW, led by its crossovers, posted another sales gain in February. For the two months ending in February, the automaker sold nearly a combined six percent.
Advertisement

If I could see the trends months ago, anyone could have seen them as well, but, I thought that, at that time, I’d let things ride to see if the story would go on as I expected or it would reverse itself.

Feb. sales something anyone could predict, right?

Nope, things are working out about as I have figured all along. What is it that my auto-writing brain has cooked up? As I have expected and as the figures have borne out, Volkswagen, despite the many ways it has pushed things, has seen its car business tank. It’s nothing new in the car business, and VW isn’t the only carmaker affected. Indeed, since about March of 2016 or so, sales of what used to be the business’ key market, upscale, midsized family sedans, have gone south. Instead, sales of the crossovers heated up and have become white hot, especially in the three-row or large intermediate category.

And, do you have any idea which automaker didn’t have a vehicle in that category until last summer? If you said VW, then you get whatever it is you wanted in the first place. The VW Atlas joined the sales lineup in June 2017. Since then, the three-row crossover has seen its sales climb steadily.

Meantime, VW was also teasing an extended version of the Tiguan, built on the automaker’s MQB platform, which pretty underpins all of the automaker’s vehicles from the Golf to the upcoming Jetta and all points in between. That said, the teased Tiguan became real by the end of June 2017 and went on sale in July. Since then the 2018 Tiguan has taken off. It is in the super-hot compact crossover segment, also a three-row, but more convenient on the outside. It uses the same platform as the Atlas and features a wheelbase that is 11 inches longer than the existing Tiguan, also on sale, and about 20 inches longer.

Volkswagen’s timing couldn’t have been better because it positioned itself right in the center of the hot markets that feature Honda’s Pilot, for example, and its CR-V, among other vehicles, as well as the Toyota RAV4. That’s where the action is, and VW is making something out of it.

Feb. sales up six percent over 2017; mix is interesting

For example, VW’s February business was up six percent over the same period of 2017. The automaker sold more than 26,000 vehicles during the month. For January and February, the vehicle-maker sold a total of 51,400 SUVss for the year or an increase of nearly 6 percent for the period.

The key to the increase was the crossovers. You see the automaker’s other lines – Golf, Jetta, Beetle, Passat and Tiguan Limited (the name of the two-row crossover still selling beside the 2018 three-row Tiguan) have dropped. The Touareg is the only other vehicle of VW’s lines whose sales haven’t gone down and, since you are reading this, it is likely you know that the Touareg is another crossover. So, VW’s three crossovers – some people call them SUVs – are the engine’s driving the automaker’s sales gains.

During February, the 2018 Tiguan and the Atlas – which weren’t on sale a year ago – sold a total of 12,252 vehicles. Indeed, if you look at their contribution for February, Tiguan, and Atlas made up 45 percent of sales. Adding in the Tiguan Limited and the Touareg, the figure makes up almost 54 percent.

Though the recently introduced Arteon and the new Jetta may help turn the car sales decline around, it looks like VW made the right choice when it launched the Atlas and 2018 Tiguan as that choice was on the money. And with Atlas and Tiguan variants in the pipeline, if things hold as they are, crossovers will be keys to continued sales success at VW.