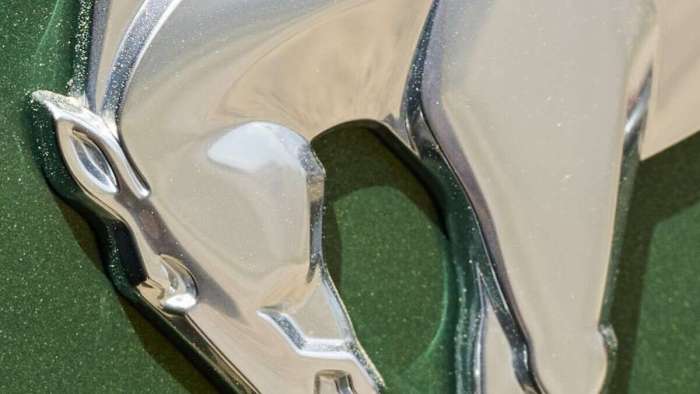 From 1896's Quadricycle to Today's Bronco, Ford Has Been An Innovator

As the country celebrates the Fourth of July, Ford is celebrating its own anniversary -- 119 years of innovation. It is an interesting lesson in the history of mobility in the U.S.
Advertisement

As the country celebrated its 246th birthday this week on July 4th, it was an excellent time to look back at one company that helped change our national path and much of our historical conversation.

America Is A Young Country

It seems as if the United States has been around a long time. In one way or another, it has. However, during the first thousand years of its existence, it wasn't the country we know today. At first, much of the coast was the land of Scandinavian explorers and raiders. While the continent's interior was populated with many indigenous tribes of Native Americans, the coast was where there was intercontinental transportation – by Norse long boats.

After the Scandinavians, Portuguese sailors and fishermen set up trading posts on roughly the exact coastal locations as the Scandinavians who arrived here about 1,000 A.D. The Portuguese arrived, followed by the Spanish ruled the Americas like colonies. The successive great empires, the French and English, took over in the mid-1600s as the formerly great Portuguese and Spanish empires slipped into history, though it did take years.

This brings us quickly up to the time of the Revolutionary War against England, which brought the country its freedom and the Republic we know today.

So, why, you may wonder, is a history lesson appearing at a car site? It's a good question and one we'll get to quickly because you see that America has been defined by transportation and access to the rivers, wagons, trains, and cars.

For the first century that the country was a free nation, our transportation system was defined by the rivers that course through the nation. If people wanted to go anywhere, they usually traveled by flatboat and later steamboat – before the expansion of the western rail system. Most of the nation's rivers run north to south, which led to a significant boom along the rivers and highlighted the country's first successes. The rivers were like arteries that carried the nation's commerce early on.

Since they ran north to south other means of travel were necessary to go east-to-west. Wagons were used to tie the north-south river trade with the east-west expansion of the nation. The Conestoga not only carried families to new homes in the West, but it also served as the livery service of the new nation until developments in Europe in the late 19th century turned things over. The developments were the four-cycle internal combustion engine pioneered by Nicholas Otto and the development of the first automobile pioneered by Daimler and Benz in Germany.

The technology quickly hopscotched across the globe as New England became a hotbed of automotive manufacturing. It has been estimated that at one time or another, more than 150 carmakers appeared and disappeared from 1890 to 1930. Some manufacturers managed to make the grade for a while, and then they disappeared. The Duryea brothers of Springfield, MA, brought the automotive revolution to the nation (though there were other early pioneers, as well.

Early contenders for the lead in this all-American story had names like Olds (Ransom), Durant, and Ford. They are names that are indelibly linked to the American auto industry.

So, where are we in this story, and why is this history lesson continuing, you may well ask? Here's the answer: these pioneers answered a need that riverboats, barges, or steamers couldn't fill. Railways could not answer the need, either. You could go long distances in any of those conveyances, but they weren't very practical for short-haul transportation. Without this transport, people were confined to the coasts and cities they had been for hundreds of years.

The real breakthrough in transportation occurred in 1908 when the first Ford Model Ts rolled off the assembly line at Ford's assembly plant. That year, the automaker turned out an impressive total of 10,000 vehicles. By 1914, Ford's impressive invention turned out 300,000 Model Ts per year. This was Henry Ford's aim. Not only did he pay his assembly line workers the munificent sum of $5 per day (at that time, it was something), he was able through his innovation to keep his costs down so that the "average man" could obtain one of his vehicles. Ford's vision was more of an agricultural one. He envisioned a nation of citizen farmers who could use their vehicles for transport on their farms. The versatile Model T could, with a few additions, could serve as a tractor, plowing machine and cultivator, and even a harvester. And they could serve as the farm's power plant as they could be made into electric generators. And, in the winter, they could become the first ski mobiles with the addition of a tracked chain and front skis (the author of this piece once saw a Model T tricked out at an auto storage facility).

The ambitious Model T – "any color you want as long as it's black" – was the start of the mobility revolution in this country. No longer were workers constrained to live near where they earned their livings. Instead, they could move out to the suburbs where it was believed that the air was cleaner and better for you at the time.

This aside, the revolution in mobility began then and hasn't stopped yet. It made America mobile, using cars they could afford, and it changed our notions about cars and mobility and what they meant. It also changed the notions of generations of people who not only used their cars for work but also used them for various types of play.

Ford’s Notable Innovations Through The Years

It is a list of achievements that keeps growing as the automaker heads into its second century. This year Ford celebrated its 119th anniversary, even as the country is celebrating its 236th. It is still leading automotive innovation and diversity.

You can find more information about Ford's long innovative role at www.corporate.ford.com/about/history.