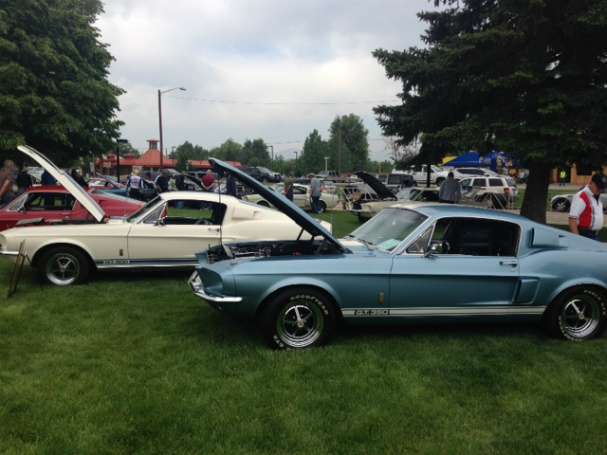 Why the national Mustang Club is already planning a party for April 17th, 2017

April 17th is considered the day that the Ford Mustang was born because that is the day that it made its debut at the New York World’s Fair.

The celebration earlier this year was so incredibly successful that Mustang Clubs all over the United States are already starting to plan next year’s events. More than 15,000 Mustang owners registered to participate in the 2016 celebrations and the participation is expected to grow. More than 80 different celebrations were held around the country, giving Mustang owners the chance to get together and admire more than 50 years of fabulous vehicles.

The Mustang Owner’s Museum in North Carolina is already planning a four day event to mark the April 17th anniversary. Other Mustang clubs are expected to start outlining their plans for what now appears to be an annual celebration.

The Ford Mustang debuted as a 1964 model and drivers quickly fell in love with the pony car. The Mustang helped create the category of performance cars and remains one of the most popular vehicles in America.

The Mustang Club of America and local Mustang clubs are expected to take the lead on the various cruises and events for National Mustang Day, but all Mustang owners are encouraged to show their pride as part of the national celebration. Now word yet from Ford Motor on what celebrations they may be planning.

Every year, Ford hosts a Mustang Alley car show as part of the annual Woodward Dream Cruise, which takes place in several Detroit suburbs, in August.