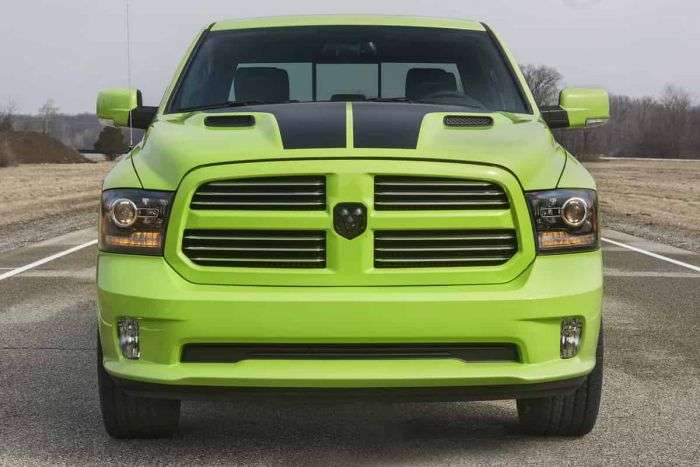 It is a common problem with many vehicles nowadays. Many garage doors don't respond to the opener built in to the 2017 Ram 1500. What could be causing the problem what have drivers found is the best solution?
Advertisement

We have all been there and it is tremendously frustrating. Suddenly, your garage door opener doesn’t work. That is what is happening to Niki, in Vancouver, with his 2017 Ram 1500. “Bought my truck new in September and love it. But I noticed the built in Garage door opener does not work well. Sometimes I'm parked in front of the door and have to press it over 20 times for it open, and other times it works perfectly. Anyone else have this problem?”

Yankee tells him that lots of people have had the problem because many things can interfere with the operation of the garage door opener. “Simple things can interfere with garage door openers & even remote starting your Ram. First thing though, if you have the original remote that came with the garage door opener, Does it work every time that you press the button ? My neighbors remote will open their garage door from a distance of 100 feet. Mine only works at maybe 35 feet, the Rams remote works at about the same distance. Both units were installed the same week, same brand, both openers even have the same length antenna wires, etc. Things that can interfere are florescent lighting, automatic sprinkler systems, bird baths, a shop where they use equipment like CNC machines, LED Xmas lights, computers, smart TVs, CCTV systems, etc.”

Dodge, from Connecticut, is very frustrated with his garage door opener. “My garage door opener works pretty well during the day, but at night - almost never! This is with the remote in my RAM, my wife's Jeep and the original openers. Read somewhere that LED lightbulbs can interfere with the signal so I invested in RF shielded bulbs which didn't make a difference.”

Blu, from Maryland, has had pretty good luck. “Mine seems to work pretty well and has decent range. I do find that I have to press the button firmly, and in the center for it to operate. It also took me a while to program it. However, I did notice the other night I had to press it quite a few times to close the door when we were heading out for a party. The truck was just started, and it was about 12 degrees outside. I think my issue had to do with the cold, but could be wrong. It's worked well lately, but I have been using the remote start more often to warm the truck up.”

Hayden has noticed trouble with his. “Mine does the same when I pull right up to the garage. If I’m down the street or at the beginning of the driveway it always works. Mine is a genie. Same thing happened with a previous F-150. No issues ever with our Honda.”

Brick, from Minnesota, says reprogramming helped him. “I also had troubles at time with my 2015 and now my new 2017. I erased the codes and tried training the opener again and it seems to have fixed it. Worth a shot.”

Trying to Find What is Interfering

Dawg, from Pennsylvania, thinks that it is an issue with the homelink system. “Same thing on both my 13 Challenger and 16 RAM. Very finicky home-link buttons. Sometimes a quick tap works. Other times you have to hold it down for 2-3 seconds. Other times it won't work at all. Same on both vehicles. New Honda Pilot buttons, as well as on my previous Honda Van were flawless on the same garage door. Didn't matter whether it was a short tap or long hold. Makes it look like a local button issue in the Dodge car and Ram truck, not on the opener. Anybody know if the Challenger and RAM share home-link parts. Frankly, I just expect this kind of car-tech to be hit-and miss and just get used to it. If the garage door doesn't open from the car buttons, I just get the remote that came with the garage door opener out of the glove box, and open it.”

Blu says that he may just try the reprogramming to see if it will help. “Just got back a few mins ago from running my 7 year old to school. Pouring down rain, sleet and the start of snow I think. Couldn't get the garage door to open. I tapped the button once real quick... nothing. Pressed and held it for 2-3 seconds.... nothing. Said one minor curse word and reached for my remote that came with the door. Went ahead and just clipped it to the visor. The built in did close the door though! Maybe I'll try erasing the programming and start fresh? Worse things could happen, but it is frustrating! 1st world problems I guess lol.”

Yes, I guess it is a 1st world problem, but it is really annoying to have a built-in convenience that doesn’t work. Let us know if you find an answer to this frustrating problem, other than using the regular garage door remote.

RLW wrote on March 27, 2018 - 9:23am Permalink
I disagree with the generalized interference excuse. I lived in the same house 15 years and had several cars during that time. They all worked flawlessly, every time with the homelink system- up until my new 2015 F150. Suddenly, it would not open, even if nearly bumping the door with the bumper. Ford issued a recall so, it proved there was a widespread issue. I contacted the Homelink company which shared that they have been making the devices now with 10 feet broadcast- THERE is the problem. Weaker radios.
cd wrote on October 16, 2018 - 10:06am Permalink
We had a problem that turned out to be due to new security cameras (wired,poe, no shield ethernet cables used) that were installed. -cameras off, 40ft range to open door, -security cameras on, range 2ft or even not working to open door. -4x8 shielding sheet on ceiling improved range to about 8 ft. plan to replace ethernet wiring with shielded ethernet and properly ground the camera housing.