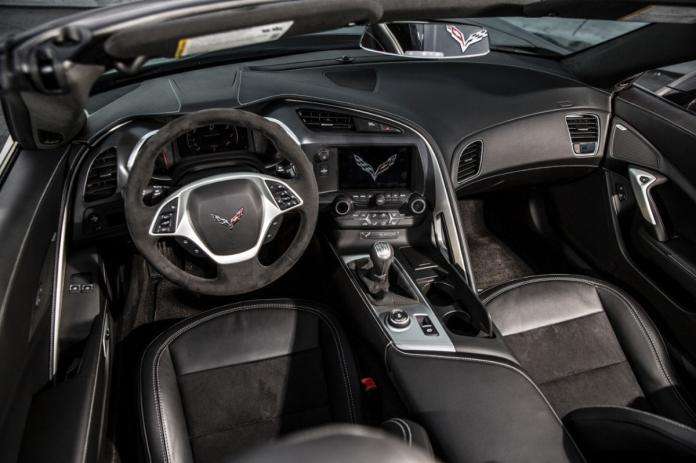 It is a relatively common complaint. Drivers find that their information/entertainment screen on a 2014 Chevrolet Corvette starts to flicker or even roll like an old television screen. Drivers give their advice for getting it fixed.
Advertisement

This problem with the infotainment center on the 2014 Chevrolet Corvette recently resurfaced on one of the popular Corvette forums. The problem was prevalent enough that Chevrolet had to issue a TSB or Technical Service Bulletin about the repair. A driver who currently owns his third Chevrolet Corvette asks, “Can someone point me to the TSB for the flickering NAV screen issue? I searched but could not find it. Thanks!”

Once it starts, the flickering can be terribly distracting. One driver describes it like this, “My infotainment center started flickering a couple of weeks back then it would stay on like everything was okay. Now just about every other time I get in my car it either goes completely blank with no backup camera or it flickers like it's getting some kind of interference for the screen rolls like a bad 70's TV antenna. I was just wondering if anyone else had had this problem and had it fixed? If so how did they fix it was it simply re-program or did they have to replace the entire unit?”

Seven asked the dealer about the issue. “I have been dealing with the same issue for 1 year, finally decided to stop by the dealer this morning. They said the "radio" needed to be replaced. The traction control button was also sticking and that needs to be replaced along side the "radio". I'm glad is under warranty!!”

Warranty can certainly be an issue because many of these vehicles are more than three years old and may have a lot of miles on them, either way edging close to or out of their warranty. That’s what happened to this driver. “I have been having that problem also. I bought a 2014 z51 with 26k miles on it and it would flicker from time to time. I brought it to the dealer to get it updated and they charged 250 for diagnostics and $100 for the update and when I got it back it still flickered. Brought it back again and they call me and tell me that the screen is no good, that I would have to pay $978 for the new screen! Is that how much it really cost? Also the car is 3 months over warranty. Asked Chevy for cost assistance and got Denied.” Ouch! It would be expensive to fix at the dealership.

Magnificent is also having the flickering problem. “My 2014 has the same problem. Started over six months ago, but would quickly go away on a restart, and would not do it for awhile. Driving down to Myrtle Beach on Thursday it started again, and today coming back from the Myrtle Beach Corvette Show, it started flickering again than totally went black. Radio still played, but could not see what channels were selected.”

Red says that even replacing the screen didn’t totally fix the issue. “I went through this with mine they replaced the screen and the next day it was doing it again rolling flickering or going blank but the radio still played. I checked the radio nav module in the driver side kick panel and moved the connector that plugs into the module and it would roll flicker so I repeatedly tried the connector and it would stop flickering, I tied it tightly with a wire tie and no more problems for several months until the other day when I happened to accidentally kick the connector and it did it again, I refastened it and it is good again.”

Jay suggested that owners who are out of warranty may want to try and repair it on their own. “Buy and install one yourself or hire a knowledgeable tech. One source. Gmpartsdirect.com.

There are a multitude of threads on different Chevrolet Corvette forums about the issue with the infotainment screen. One owner even discovered that when he honked his horn it made his screen flicker. It is a known problem on many of the 2014 Chevrolet Corvettes. Some owners who were out of warranty have just replaced the screen with a screen out of a 2015 Chevrolet Corvette. That appears to cut down on the cost significantly. It is an unfortunate and distracting problem, but it is common enough that there are even youtube videos to help you if you need to make the repair on your own.