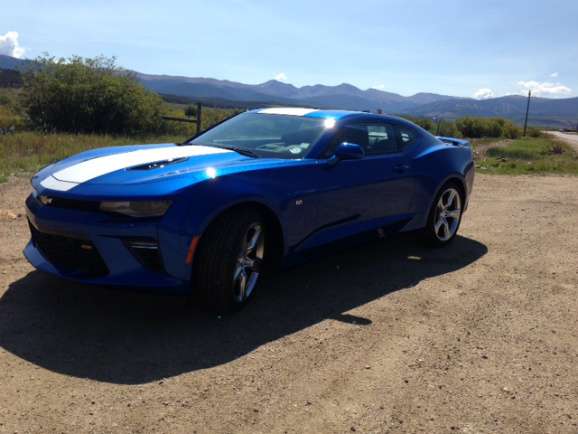 What are the best, more affordable winter tires for Chevrolet Camaros?

As the weather is starting to turn, many Chevrolet Camaro drivers are looking to winterize their cars, and the biggest question is do I need winter tires? As my dear old dad used to say, at the gas station he owned, “Good tires are the cheapest insurance that money can buy.” OEM recommended tires can be expensive, so what are the best, more affordable winter tires For Chevrolet Camaros?
Advertisement

Winter or snow tires are better for the heavy weather, because typically the tread is deeper and they use rubber that stays flexible at colder temperatures than other tires. The deeper tread helps in rain and slush as well as snow. Camaros are rear wheel drive so the better tires are especially important. It is also a good idea to put winter/snow tires on the front and back because you need the front for steering and braking, just as much as you need the rear tires to get you going and not just spin.

There are a number of fan forums dedicated to the topic of best winter tires for Chevrolet Camaros with the question going back to when the Transformers heralded Bumblebee and the return of the Camaro.

The posts are from all over the country, but this one from Colorado pretty well sums up the concern. “With Winter coming up soon this year and living in CO, what the best option for winter tires would be. I clicked on the tire rack link and it gave me a package recommendation for my camaro of the:BRIDGESTONE BLIZZAK WS80, Studless Ice & Snow, Size: 235/65R17 104H. I just want to make sure if I got this package that it would fit on the 2014 camaro 2LT RS (I have the 20" rims stock) and also would not have too much of an effect on the speedometer calibration. Like my speedo says 50 but radars read 55.”

Experts recommend going with a slightly smaller tire for the winter, just so that the tire is more solid going over ruts and potholes, but that is only if you are buying an extra set of wheels.Plus, the smaller sizes can be a bit less expensive. It is common for sports car owners to have two sets of wheels and tires, one set for the spring, summer and fall. The second set for winter only. It can get expensive taking your car to the shop to have the tires remounted and balanced, so often they have a second set, already mounted on wheels, that they can just switch out.

The tires add up real fast, as a Camaro owner from Connecticut found out, “Essentially, I was trying to really pinch my pennies and get the $90 winter tires and pair them with a more affordable rim, but the only wheels the system would give me were $300+, at which point it would be just as expensive as a set of winter rubber for my OEM wheels.”

Drivers say the additional investment for rims and winter tires is well worth it.
“I can't say enough good things about the Pirelli scorpion ice and snow tires. They feel a lot like the summer only tires, they have only a bit more road noise. The Camaro with the Pirelli scorpion Ice and snows performs far better than my 2000 Toyota Camry with Michelin XS One all season tires. I had driven it on 6 inches of unplowed snow, and I would have gotten stuck in the camry. The camaro just plowed through it.”

This post from last February puts it in perspective. “I ended up getting the 235/60R-18 BRIDGESTONE BLIZZAK DM-V1 XL for my 2012 Camaro, and let me tell you, those tires are AWESOME! I live in Pittsburgh and we've been getting hit with lots of snow lately. These tires get me everywhere I need to go. My coworkers tease me and tell me my Camaro will get stuck in the snow, but then when I blow past them on the highway I laugh!!! These Blizzak tires are the best investment I've ever made.”