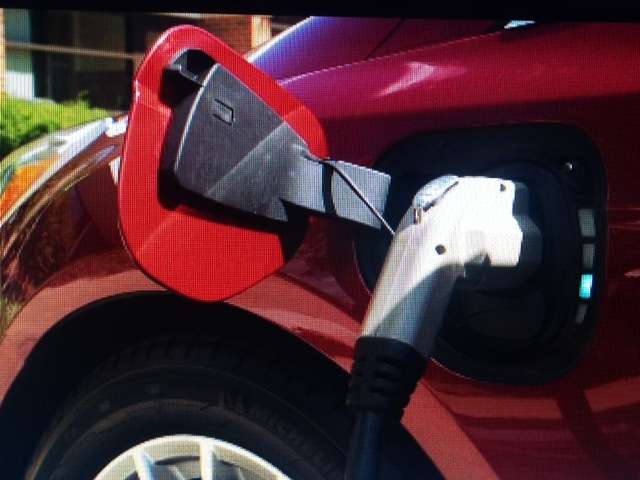 In its wide-ranging announcement about future electrification plans, Ford says it will build a small utility vehicle that will get at least 300 miles per charge. Ford scraps plans for Mexico plant and instead will invest $700 million, in Michigan, adding 700 permanent jobs.
Advertisement

President-elect Trump hammered Ford while on the campaign trail for the company’s plans to move production of the small Ford Focus to a new $1.6 billion dollar plant in Mexico. Ford has relented and instead now plans to spend $700 million to expand its Flat Rock Assembly plant and build a new center for electrification near the plant.

• An all-new fully electric small SUV, coming by 2020, engineered to deliver an estimated range of at least 300 miles, to be built at the Flat Rock plant and sold in North America, Europe and Asia

• A high-volume autonomous vehicle designed for commercial ride hailing or ride sharing, starting in North America. The hybrid vehicle will debut in 2021 and will be built at the Flat Rock plant

Ford differs from other automakers in that it prefers to build vehicles on their typical assembly lines and upfit them with electrification later. For example, Chevrolet designed the Bolt and the Volt around their power packs and designed assembly lines specifically for the electric vehicles.

In a blog post, CEO Fields says that he is determined to make Ford a world leader in electrification. Fields says “Last year, our C-MAX and Fusion Energi hybrids made Ford the best-selling brand of plug-in hybrid vehicles in America. Plus, we’ve sold more than 560,000 EVs globally since 2005. More importantly, leading in electrification, autonomy and connectivity are critical to Ford’s expansion to an auto and a mobility company.”

The push toward electrification suggests a shift in how Ford intends to reach the new CAFÉ standards of 54.5 miles per gallon by 2025. With buyers preferring trucks over the more fuel efficient small cars, Ford has devised a way to give the public what it wants, while also adding electrification to boost fuel economy.

According to Fields’ blog post, the electrification will take many forms to please as many consumers as possible. “These new Ford electrified vehicles will include full hybrids that never need to be plugged in, plug-in hybrids that can run on electricity alone or gasoline when the battery is almost empty, and full electric vehicles that make zero emissions by using only batteries and electric motors to move.”

The word that a new long range EV SUV is coming is intriguing. Ford has had some luck selling the C-MAX. The new vehicle may look somewhat similar. A utility vehicle may be more popular than the smaller Chevrolet Bolt. However, it will be two years later into the marketplace.

Ford also announced that it is experimenting with a new charging station that will make recharging an electric vehicle as easy as pulling into a parking space. Similar to recharging pads for your smartphone, the larger charging pads would not require cars to plug in to be recharged.

Ford will still move the Focus production to a plant it already owns, in Mexico, but at least 700 more people will be working on Ford’s latest venture.