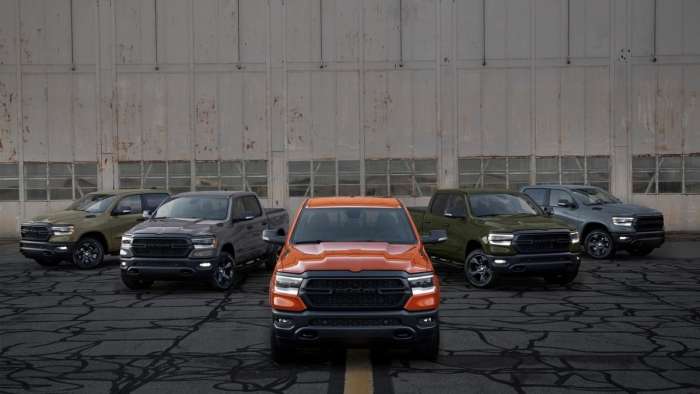 COVID cases in Michigan are surging and that is causing problems for the big Ram 1500 plant in Sterling Heights.
Advertisement

COVID and its highly contagious variants are causing big problems for the 2021 Ram 1500, one of Stellantis’ most popular vehicles. The virus is surging in Michigan and it is forcing Ram to slow down the assembly lines at the plant that builds the hot-selling 2021 Ram 1500 vehicles.

The Associated Press is reporting that plant is experiencing a high number of workers calling in sick or having to be quarantined because they have come into contact with someone who has the virus. According to the AP, about 10 percent of the assembly line workers at the Sterling Heights Assembly Plant, either tested positive or is on quarantine. That reportedly means about 600 workers must stay home.

As a backup, the plant is calling in workers from the nearby truck plant in Warren, Michigan. Those workers have been idled because of the semiconductor chip shortage. However, because those workers are new to the SHAP assembly line, the line has been slowed down while they receive training.

According to the federal government, Michigan is reporting the nation’s highest seven-day case rate of COVID. The UAW confirms that cases are rising in Sterling Heights, but will not confirm how much production is being affected.

Stellantis released a statement to the AP that says in part,

“We continue to be aggressive in following recommended guidelines for contact tracing," the statement said. “We also continue to strongly encourage our employees to follow the same health and safety measures whenever they are out and about.”

The company is also urging workers to get vaccinated. The Ram truck plant took aggressive steps early on in the COVID crisis because of outbreaks among its work force. Then named Fiat-Chrysler, the company was the first to close plants because of COVID. Ford and General Motors haven’t reported any production problems because of the surge in COVID. However, the chip shortage has forced all of the Detroit Three to close plants in the United States. All of the automakers have taken steps to reserve as many of the chips as possible for their popular high-profit vehicles like trucks and large SUVs. The executive teams have even met with the White House to express their concerns about the chip shortage.