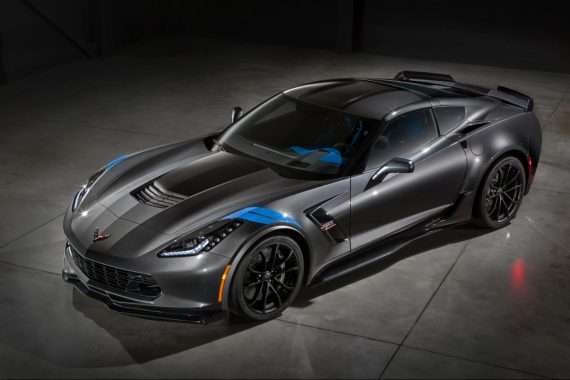 It's a tough decision to make. A Corvette buyer wonders if he should buy the 2017 Grand Sport as a convertible or a coupe. He has had convertibles before but wonders if the coupe would be quieter for longer trips. Chevrolet Corvette lovers weigh in on the deciding factors.
Advertisement

A Chevrolet Corvette enthusiast, named Mardo, kicked off the debate by asking this question. “I've had 3 corvettes, 86, 03, & 13 GS all convertibles. I am about to buy another one and just wondering how much quieter the coupes are inside. My convertibles have all had a lot of wind/road noise on highway going 65 but they are sweet for cruising around town. I never took my convertibles on very many road trips but will take my next corvette on quite a few, so wondering about the coupes.”

It did not take long for more than a hundred other Corvette lovers to weigh in. A guy who calls himself “the monk”says, “I had an '00 and '03, you won't notice the difference. The tires make more noise than the wind. Turn your stereo up to normal listening and you won't hear either. I could've gone with a 'vert in '14 but decided against it because I was sick of the water creeping in every time I washed it and when it down poured. I love 'verts, absolutely love them but targa top off driving to me is identical without the leaks.”

Old Yellow says he has owned five convertibles and never had a wind whistle or any sort of water leak. His recommendation is simple. “The open air experience in a targa car can not compare with a convertible. You're either a convertible person, or not. Coupe people don't understand the attraction to those of us that love them. Buy what you like.”

Joe, from Portland, says, “C7 converts are quieter than c7 coupes. Noticeably. The hatch area of the coupe resonates the wheel wells.”

A driver from Maryland swears that the 2017 Chevrolet Corvette Grand Sport is quieter than the coupe! “The convertible has a solid rear and insulated bulkhead separating the passenger cabin from the rear wheels. The coupe has only a relatively thin floor between occupants and the rear tires, and, of course, that rear area is part of the cabin. That's why many coupe owners put sound-deadening materials back there.”

Another driver adds, “The most significant difference is the ability to put the top and down up to 30 mph without leaving the driver's seat. I may start out with the roof up, be sitting at a stop light, and think, wow nice day, press a button and roof down. As I enter a highway, I can put it up on the way up an entrance ramp. As I get off, I get open it on the way off the highway. For me, often goes up and down 2-3 times on the same trip. I guarantee you that most convertible owners enjoy open-air driving a lot more than coupe owners.”

Hope, from Georgia, has a critical point. “Only issue with Convertible is it costs more. Always and forever for me.” And that is true. According to price lists, the 2017 Chevrolet Corvette Grand Sport coupe, with an automatic, starts at $67,175 and the convertible automatic is $4000 more. Obviously, those prices can vary. Typically, however, convertibles are about $4000 more and about 60 pounds heavier, because of the power roof mechanism.

In the end Mardo decides to go with what he is most familiar with. He replies, “Thanks for everyone's opinion. I've had three convertibles and love how they look and the ease of lowering/raising the top so I'm in the market for another convertible.”

So now that he has raised the question, which do you prefer: The 2017 Chevrolet Corvette Grand Sport Coupe or Convertible and why?

Colby wrote on February 2, 2017 - 9:00am Permalink
I've owned 2 Corvettes, both coupes. One a 2001, the other a 2002 (I wrecked one). I prefer coupes for several reasons. I have ridden in convertibles before, and as far as the open driving experience goes, there's really not much difference between a convertible and targa. You can feel the wind and sun with both and hear the sounds all the same. I have 3 main reasons I prefer coupes over convertibles(price not factored in). 1. I have always preffered the looks of a coupe and feel that the car looks more complete and aggressive with a roof and sloped rear hatch. 2. A coupe is more rigid and is a better performance car (not by much, but still). 3. No worrying about torn tops or failing mechanisms. For me personally, a targa top gives me everything in one package. The looks, handling, and convenience, along with a partial open top experience, which is fine for me considering I prefer to drive with the roof in place usually. And not to mention a coupe would be much safer in a crash/flip scenario. All of these are my reasons for preferring a coupe over convertible. But to be honest, looks are the biggest factor to me, but to each their own.