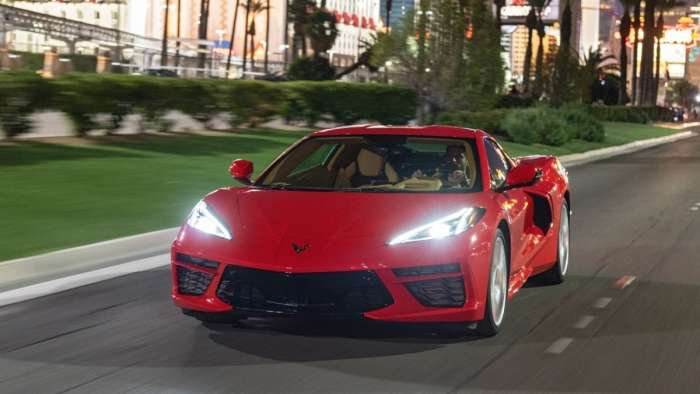 The world-wide pandemic forced auto companies to shut down some of their vehicle production last year and now a semiconductor chip shortage is causing even more problems. The result is that new vehicles are scarce and prices are up for used vehicles. When it comes to the Chevrolet Corvette, the prices are way up. The trade-in or resale value for a Chevrolet Corvette is up an incredible 33.9 percent since April of 2020.

A new study from iSeeCars.com looked at the surge in resale prices in the last year. The website only studied prices for 2016-2020 model year used vehicles. The website ranked the vehicles not on the dollar value, but the percentage of price increase. The Chevrolet Corvette is hands down the winner. The average price for a used Corvette is up $17,432 compared to April of 2020. The average pre-owned Corvette is selling for a whopping $68,804.

Another popular Chevrolet model, the Camaro came in 7th on the same list. The average used Chevrolet Camaro is selling for $31,220 which is up $6,582 compared to a year ago. The increase in value is significant at 26.7percent.

“These sports cars are aspirational cars for many consumers, and they surged in popularity during the pandemic as drivers sought fun cars to combat boredom,” said iSeeCars Executive Analyst, Karl Brauer. “Sports cars aren’t practical purchases, so drivers are likely more willing to pay a premium for them, especially because they aren’t as common in the used car marketplace.”

You can expect the Corvette shortage to continue as the Bowling Green, Kentucky, Corvette plant has had to shut down a number of times because of parts shortages. It is currently idled until June 1, but apparently not because of the chip shortages. A Chevrolet spokesperson says it is because other vehicle parts are in short supply.

According to iSeeCars.com average used car prices have increased 16.8 percent or $3,926 over the last year. Most years the prices stay about the same. Pickup trucks and sports cars had the highest price increases percentagewise.

The unfortunate part of the incredibly high resale or trade-in values, is that if you have to buy a new or used vehicle, you can expect to pay a premium. The prices are expected to remain high for the near future as the car manufacturers try to boost their production. Unfortunately, the semiconductor chip shortage is expected to hamper production for the foreseeable future. If you have an extra vehicle that you aren’t using, you may want to sell it and reap the reward. Just remember replacing a vehicle right now may be expensive.