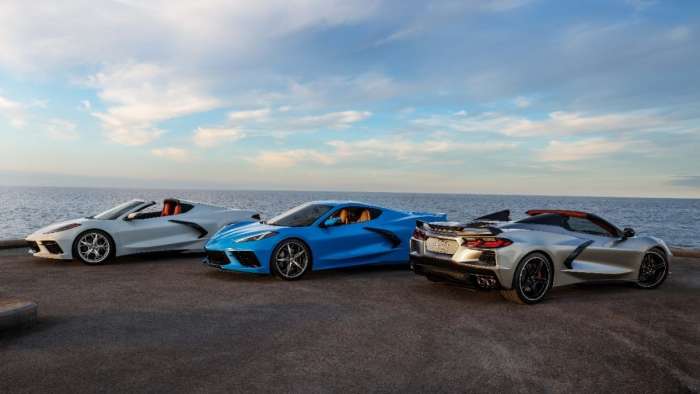 The Bowling Green, Kentucky, Corvette plant will be idle until June 1, but apparently not because of the chip shortage that is causing so many delays.
Advertisement

The Bowling Green, Kentucky, assembly plant that builds the popular 2021 Chevrolet Corvette will be shut down until at least June 1, the day after Memorial Day. This is just the latest delay for the sports car after a number of shut downs already this year.

General Motors released a statement saying the shutdown is tied to parts shortages but not because of the semiconductor chips shortage. "Our supply chain, manufacturing and engineering teams are working closely with our supply base to mitigate any further impact on production, and we expect the plant to resume normal operations on Tuesday, 1 June,"

While Chevrolet is not saying exactly what parts are in short supply, a commodities website is theorizing that the shortage is tied to the winter storm that hit the south in February. The storm knocked many chemical plants offline. Those plant closures could affect the production of other petroleum-based parts and supplies. The website says that petrochemicals make up more than a third of the raw material costs of an average vehicle.

A String of Corvette Plant Closures

This is the third time that the Corvette plant has had to close because of parts issues just since February. Chevy also had to cease production late last year because of Covid-related supply issues.

Unfortunate to Delay a Hot Seller

What is particularly sad about the new delays is that the C8 Corvette has been a hot seller for Chevrolet. This is only the second year for the mid-engine design and there appears to still be significant demand for the performance car. Chevrolet worked for years to get the mid-engine design perfected. While Chevrolet still builds a relatively small number of the halo cars per year, compared to the huge numbers of trucks and SUVs, it is sad to see them lose or delay any of the planned production.

Louis A Vlahakes wrote on June 1, 2021 - 4:48pm Permalink
What is the status of the Bowling Green plant shutdown?
marlon risch wrote on June 16, 2021 - 10:44am Permalink
What is the update of the plant? And my car is scheduled for build July 19th. Is that accurate and when and if it does get built how soon can I expect to receive it?
Randy Guthridge wrote on July 1, 2021 - 7:00pm Permalink
I put my money down on a new Corvette with add one and now you say I won’t get what ordered!!! My life is short and you pull this crap? It does not seem fair!! One of my life’s last fling and cut me bad!!!!!
Harold Patterson wrote on July 16, 2021 - 12:17pm Permalink
Can I get a build date for my 2021 corvette? I ordered it August last year. Dealer order # ZCQW80 Please respond to a retired GM salary employee. Thank you.
Mary Conway wrote on July 20, 2021 - 8:17pm Permalink
Hi Harold, I reached out to someone who may be able to help. Let me know how it goes!