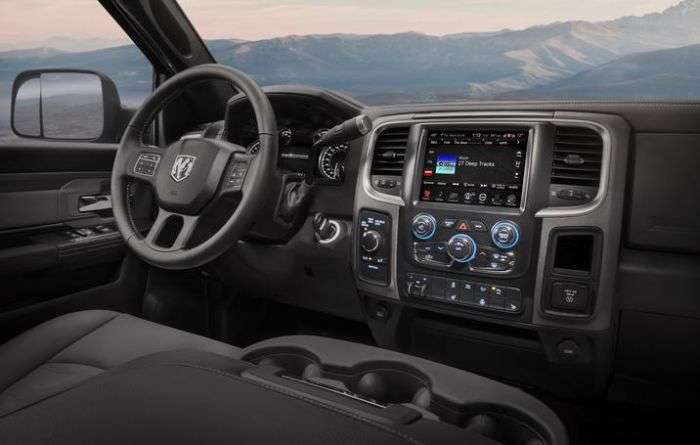 With all the new communication and navigation systems built into modern vehicles, one 2018 Ram 1500 owner is frustrated that he can't turn the music or radio off in his truck. He reaches out to a popular truck forum for advice in how to best mute the blaring music.
Advertisement

Sport is very upset over what he sees as a huge flaw in the Uconnect system. Sport has a 2018 Ram 1500 and he is unable to totally turn off the music. Sport articulates the problem well. “First... it doesn't matter if the head unit needs to remain on for updates etc. That is not an answer to the actual problem. Which is this: There needs to be a "Music OFF" button. See the difference? "Head unit OFF" vs. "Music OFF." I don't care about the first one. But the second one needs to exist because it is crazy that it doesn't. Why does it matter when there's already a "Mute" button? Thanks for asking. Here ya go:
1. At the end of a trip, I want to turn off the music/radio and have it stay shut off next time I start up the truck. If somebody wants to have music blast when they restart, then don't turn it off. See how easy? (And don't say "Just turn down the volume before you shut off the truck." I like zero music when I start my truck, because I still like hearing the engine cold start. Duh.)
2. Do this: Mute the music/radio. Make a handsfree phone call. End Call. Music comes back on at the same insanely loud volume you had to put the call at, to hear over freeway noise. That's fine, so long as I chose to let it automatically mute when I made the call. But as an alleged adult, I should be able to make the decision myself to turn the music OFF before a call and have it stay off when I'm done.
3. How about navigation? When I'm driving at some multiple of the posted speed limit, it's not safe to fiddle with the touch screen to adjust the Navigation Voice so I can hear it over the music. And I can't turn the music down without turning everything down.
Solution to all this nonsense: Have a simple OFF button for music (including media/aux/radio/sirius) like every car has had since the dawn of time.
Come on, RAM. Just fix this. Details matter. They chip away at an owner's love for an otherwise great truck. I accept that designers can't foresee every situation. But I spent a few minutes laying out a case here. Just one button on the screen. Or, even better, an update to the Settings menu that lets you remap the physical MUTE button to be a Music OFF button.”

Apparently, Sport isn’t the only one who finds this frustrating. Nevada says he has found the only way to fix it is to eliminate the radio. “It’s amazing other brands allow the music to be turned off, but FCA doesn’t. The only way right now to do this in an FCA product is by replacing the stock unit with an aftermarket unit. That’s what I’m planning on doing.”

Jack, from Ontario, says that Sport is absolutely right about this. “I have to say I agree with SPORT on this. It annoys me the most about this truck. I don't want the radio coming on when I start the truck.”

Dawg, from Pennsylvania, says other automakers have it figured out and wonders why Ram doesn’t. “This volume thing sucks too. You have to wait until the VR voice is actually speaking to adjust the volume. Can't set it independently at a fixed value and have it always be that way. The variable volumes as I move from radio to media is also annoying....which is why there needs to be an off button. Even my new Pilot, which has obnoxiously difficult to use on-screen touch buttons only for interacting with the radio/media...etc...has an "Audio Power" on-screen button where it can be turned off completely while NAV/Phone and other interactive audio functions still work.”

Another, from Minnesota, has a clever idea to try to eliminate the music. “For those that don't want the music - Here's a thought, it's not "off", but it at least it keeps functionality. Set the music source to something you don't have connected, like the USB. It's what I do and while it’s not off, at least it isn't playing anything.”

Sport tried it and it still didn’t solve the problem. “That is exactly what I did, switched to usb with no sticks inserted. It immediately switched itself to the FM Radio at full blast. It's alive and it MUST MAKE NOISE.”

Doc, from Michigan, doesn’t mind the radio situation but doesn’t understand why FCA doesn’t solve the problem. “It would seem to me the question is why didn’t the engineers program an on/off switch? I don’t know jack about programming but would guess that would be a simple update if FCA wanted it. So why don’t they?”

Badger, from Idaho, agrees. “I just turn down the audio to nothing so when I get in the truck the radio isn't blasting. I agree with others, would love to have just an on/off for the radio.”

No one from Ram Cares joined the discussion on the forum. Ram doesn’t build the radios, a supplier does, but it would seem that Ram must provide the specifications. Hopefully, they can fix the situation with a software update, or at least remedy the problem in future models.