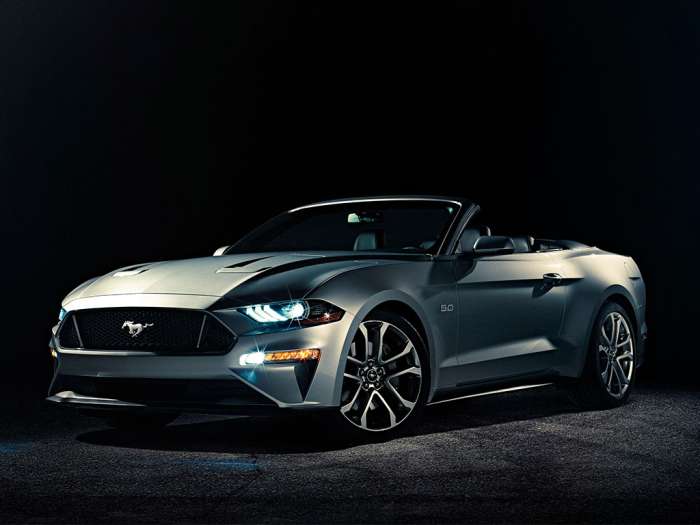 The convertible version of the 2018 Ford Mustang will incorporate all of the changes included in the hard top version. Torque News managing editor, Patrick Rall, outlined the upgrades in previous stories.

The most significant changes include changes in the available engines. For the first time in recent memory, the Mustang will not be available with a V6. Ford is offering a 2.3-liter four-cylinder EcoBoost engine and a 5.0-liter V8. Ford is also making a new 10-speed automatic transmission available.
The 2018 Ford Mustang convertible is available in three new color choices and 12 different versions of wheels.

In a statement about releasing the popular vehicle over social media, Joe Hinrichs, Ford’s president of the Americas said,“The new Mustang is our best ever, based on more than 50 years as one of the iconic sports car in America and now, the world. Tapping Mustang’s enormous fan base, we’re bringing the new Mustang straight to the people – and introducing the new car across multiple social media channels, reaching millions.”

The 2018 Ford Mustang and Mustang convertible will include all of Ford’s latest technology. The car will have a 12-inch all-digital instrument cluster that can be customized. It will also have Ford’s new pedestrian detecting technology and other collision avoidance systems.