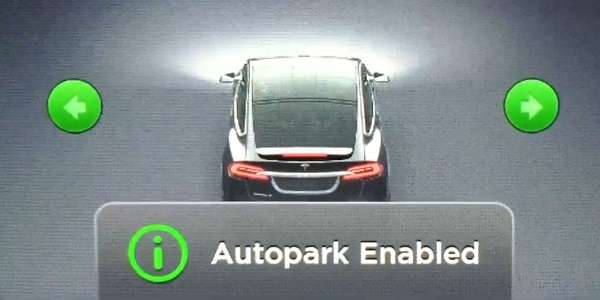 You Park Your Tesla Model S, Return And It's Underneath a Tractor: Is Tesla Responsible?

A Tesla owner Jared Overton of Utah parked his Tesla Model S on the side of the road only to return to the car several minutes later to find it sitting underneath a tractor trailer.
Advertisement

Overton told a local news TV station that he exited his car, spoke to someone outside his vehicle who had inquired about the Tesla (a common occurrence among Tesla drivers). Then went on his way to perform some errands . Overton finished and returned to his car about 5 minutes later to find his car sitting underneath the back of a tractor trailer with a smashed windscreen and hundreds of dollars in damages. Overton reported the damages to Tesla describing the vehicle as “Rogue”.

The issue with driving a high tech car such as the Tesla Model S or X is that you are in essence driving a large computer around. Much like your home or mobile computer there are logs that can be used for diagnostic purposes. Tesla pulled those logs and determined that Overton used the Automatic Summon feature by double tapping the park button.

"The vehicle logs confirm that the automatic Summon feature was initiated by a double-press of the gear selector stalk button, shifting from Drive to Park and requesting Summon activation. The driver was alerted of the Summon activation with an audible chime and a pop-up message on the center touchscreen display.

Overton disputes the findings saying he simply put the Tesla in Park and exited the vehicle, and the Tesla did not move while he was answering questions.

This is simply a lesson in always reading the fine print. If you are unfamiliar with a feature of any device and you have the option to turn it off you should do so until you become familiar with how it functions. Practice in a driveway or safe location before turning on the feature.

Do you think Tesla or the owner is responsible for this accident?