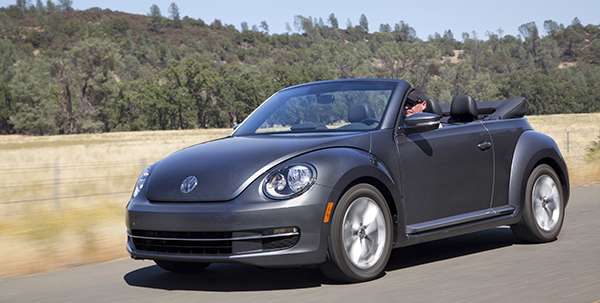 When Volkswagen admitted they used illegal software in their diesel vehicles to circumvent emission tests in the U.S., there was one group that wasn't surprised by this; automakers.
Advertisement

According to a Volvo executive, the cheat Volkswagen was using in their diesel vehicles was an 'open secret' for seven years.

“I have known that for seven years,” said Kent Falck, the person in charge of Volvo's future products at a recent press event.

According to News.com.au, Falck explained that many automakers were very suspicious as to how Volkswagen was able to meet the strict emission standards for diesel vehicles in the U.S., despite using the same parts as other automakers in their diesel vehicles.

“We have the same suppliers, we have Bosch, we have Denso, we are working with the same partners, so we know this technology doesn’t exist,” said Falck.

“We sat in a room and reviewed all the facts, figures, whatever we have, with the specialists,” said Mr Falck. “(But) we can’t manage it, how are the others doing it? We don’t know. From our perspective with our knowledge, with our experience, we can just take care of ourselves, I said (to senior Volvo management) ‘we can’t do it, we can’t introduce the car’.”

This is one of the key reasons why various automakers such as Volvo never introduced a diesel vehicle into the U.S.

Falck said at one point, he and various colleagues thought Volkswagen had developed or bought some sort of proprietary technology that allowed it to skip using technologies such as urea injection.

“There is always intellectual properties in the world ... there might be something out there in the technology ... that we are not allowed to buy because it’s owned by a supplier. We were wondering how (VW met strict US emissions targets) that’s for sure.”

That proprietary technology as we would learn was software that could turn the emission controls on during lab tests and turn it off when doing real-world testing.