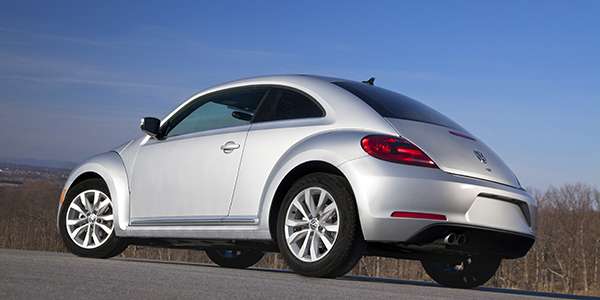 A fire has been lit under Volkswagen. A federal judge has given the German automaker a late March deadline to provide an update on a fix for 600,000 diesel vehicles that used illegal software to emit more emissions than are legally allowed.
Advertisement

According to Reuters, U.S. District Judge Charles Breyer in San Francisco has given Volkswagen until March 24th to give a status update as to a fix for the illegal diesel vehicles.

"Six months is long enough" to determine if this is a fixable problem, Breyer said. "This is an ongoing problem."

As we reported back in January, Volkswagen's proposed fix was rejected by the California Air Resources Board (CARB) as it was "incomplete, substantially deficient, and fall far short of meeting the legal requirements to return these vehicles to the claimed certified configuration." Since then, Volkswagen has been in talks with CARB and the EPA to come up with a new solution.

Volkswagen lawyer Robert Giuffra told the judge at a hearing yesterday that the automaker is making process with trying to reach a settlement with the EPA, CARB, and the U.S. Justice Department.

"We are committed to resolving these matters as quickly as possible," said Giuffra.

Giuffra also said Volkswagen may have more to say in about a month or so, but he declined to offer any specifics of the talks or any proposals on the table. This is due to the Justice Department asking Volkswagen not to discuss any aspect of the ongoing negotiations.

Judge Breyer mentioned in the hearing today that he wants Volkswagen's senior management to meet with settlement adviser Robert Mueller. Muller who is the former director of the FBI was named as a as a settlement adviser back in January by Breyer. Muller has been holding talks and meeting with various officials from Volkswagen, including the engineer overseeing the fix.

Breyer also mentioned in the hearing that Kenneth Feinberg, the man tasked with developing a compensation program for owners affected by the diesel emission mess cannot move forward until an agreement is reached. Feinberg mentioned this an interview with a German newspaper earlier this month.