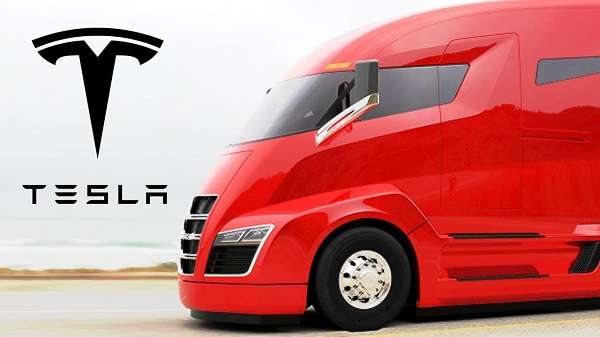 Last Thursday Tesla CEO Elon Musk tweeted that the new Tesla Semi truck would be debuted in September with a pickup truck coming shortly thereafter, but no specs were announced. Let the disruption continue! Musk has been the master of disruption for quite some time. These types of forward-looking hints to the future direction of the company has always been a key marketing ploy of Mr. Musk.
Advertisement

Outstanding at keeping interest in his company, he plows forward with the idea after idea that will transform the world.

This announcement will also make a big impact on the world as we know it. Currently, we have access to Electric buses but no other company has produced an Electric Semi yet so by saying Tesla’s will be available in September puts the other competitors on notice that Tesla will be ready in just a few months. Are you ready my competitive friends? In fact, in 2017 TorqueNews.com reported that Tesla pickup truck talk started to make more and more sense.

Now, Tesla is pushing forward with the tool that is needed to get our cargo freight delivered via Electricity vs the current transportation fuel option diesel. So many products are shipped across the country via diesel powered trucks with those large smoke stacks on each side of the cab pushing out the pollution that makes everyone cringe. The lousy sound of Engine Braking that will disappear with the addition of regenerative braking! The bellowing sound of those large semi’s plowing up behind you will be replaced with the quiet sound of the electric motors pushing your next purchase to your local store.

In general, lots of things depend on the specifics we are sure to get later. The questions that I’d like to know are pretty straight forward. Here are also some pros and cons of Tesla Pickup Truck Concept.

1. What is the Range going to be?
The range of this truck better is longer than anything yet produced by Tesla. These cargo carrying ships of the land masses travel hundreds of thousands of miles and the repeated charging of the batteries would be a drag on logistics companies should they not carry a significant range with each charge.

2. Will a new charging standard be used or will 480v be the standard?
Most likely 480v fast charging will be the norm on this one but what if Tesla has a new standard that technology previously so maybe these trucks will have battery swapping capability. Now that would push the envelope to deliver products faster with less down time for charging.

3. How much will the Truck Pull?

4. How big is the battery pack?

This product launch is truly going to disrupt the market but the devil is in the details.

The next big item after the Tesla Semi is the Tesla Pickup Truck.

Watch out Ford cars. The number one selling product for Ford is the F 150 Pick up Truck. Will consumers except it? That is also something I can’t predict. I believe the business case would be their since an electric mile is almost always cheaper than a gas or diesel mile. So the impact into Ford's domain may be disruptive or Ford won’t even notice.

Do you remember that in 2013 UK's Teva Motors was going to design electric fleet trucks with Tesla born insight.

Anthony Clark wrote on May 23, 2017 - 10:04pm Permalink
Couple of questions I have and pertain to DOT regs for working with this truck.. 1. What is the weight of the truck? 2. Horsepower and torque? 3. How long does the battery last since we have an 11 hour driving window with a 14 hour day? 4. How long will it take to charge the battery since we have a 10 hour mandatory time off? 5. Will Charging stations be nationwide at the various truck stops? 6. How much will it cost to Charge the vehicle?