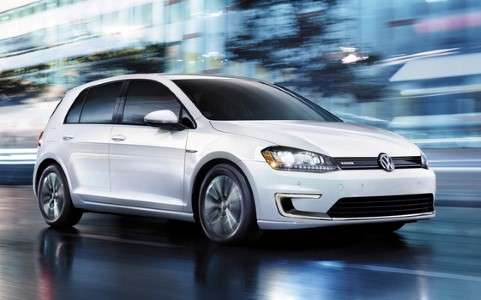 26% of New Cars in This European Country are Electric, eGolf Leads the Way

Three huge implications on a recent post about the percent of new car sales that are all electric.
Advertisement

A headline on another site states that 26% of the New Car market in Norway is now EV Sales. This astonishing number was led by sales of the VW eGolf and it was significantly outselling the rival Nissan Leaf.

SEE HERE: Why Auto Manufacturers are Rushing to EVs

CleanTechnica reported today that over ¼ of new car sales were now EV while new car sales here in the US have not reached that milestone yet. I believe we can draw some seriously implications of this consumer buying shift that has happened overseas.

They are as follows:

1) Norway is a smaller country than the USA and likely range is not as big a factor in that country than here. Therefore, the next generation EVs with the 300+ mile range battery packs will likely impact the USA market significantly in the coming years.

2) Norway is situated in a cold weather climate and that does not seem to be deterring buyers because of the negative impact cold weather has on the Electric Vehicle Battery.

3) Gas Prices in Europe are typically much higher than in the US so there is also a beneficial case to be made there that makes EVs much more economical compared to the gas car offerings.

The implications here are significant. Right now the USA car market’s share of new cars that are all electric is less than 1%. However should the EV crossover market continue away from the gasoline car market, the implications would be disruptive. Just saying that is a big understatement. The disruption would be massive.

Lets take a 10,000,000 unit average new car and light truck annual sales rate in the USA and demonstrate the impact this would have should it happen here. If Electric cars became 26% of this market as they have in Norway, we would have over 2.6 Million Electric Vehicles sold! The effect to the oil and gas industry would be devastating but incredibly beneficial to the USA's consumer that would not be spending their hard earned money on gas but rather domestically produced, low cost, electricity.

Svein Friborg wrote on September 21, 2015 - 9:39am Permalink
1. The range is a big factor for Norwegians, yes we are a small country, but we have long distances between city´s(Oslo-Trondheim 550Km) 3. 1 gallon petrol is aprox 7$ but the main reason is sky high taxes on new fossil burners ! and no taxes at all on EV,s(incentive not subsidies) We have now aprox. 2,5% BEV,s on the road (over 60 000) of total 2 500 000 cars (vans and trucks excluded) we don't count hybrids as an EV! The main reason for the high sales is the big taxes on new petrol cars, its just a matter of time before the priceline will cross the fossil burners in the rest of the world. battery price decrease 14% a year.