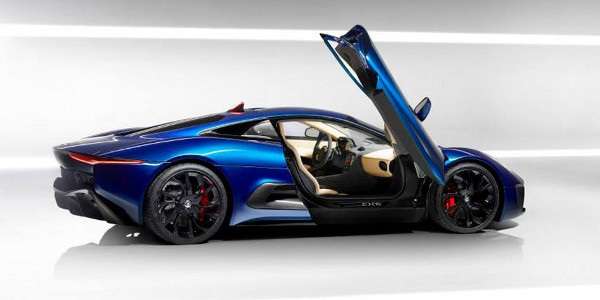 This is What Jaguar May Build Next

I have written several articles recently discussing the subject of how good the Jaguar brand has done lately and that they are building good cars again. I’ve touched on the trust and reliability of their new lineup of vehicles, but now I have to ask the question, what should they build next?
Advertisement

The consumers and enthusiast have spoken and it’s surprising to hear some of the comments they are making. I’ve read the social media outlets and tried to compile their thoughts into an overall statement that captures it.

Most of the true Jaguar enthusiast feel like the XE is leaning a little too close to the “cookie cutter” styling that most other brands are building. They have said they don’t want to see Jaguar dilute the brand down just to try and compete with that series of cars (i.e. BMW 3 Series, Cadillac ATS, Lexus IS, or Mercedes C-Class). Fans of the brand are saying they choose a Jaguar because of the styling and sophistication that’s come to be expected from this brand. Some have even said they don’t want to see Jaguar trying so hard to appeal to the younger buyers, that it’s more of a gentleman’s car and should carry a certain prestige. However, if Jaguar is not reaching new younger buyers who may not have ever tried the brand before, then at some point they have lost the next generation of consumers.

The new F-Type has opened doors that have been closed to Jaguar in the past, but they can’t rest on the hot new sports coupe. As I have stated before, Jaguar has a bright future and it’s great to see the recent success they are having, but they must keep looking forward and ask themselves what’s next.

Whenever folks would ask Carroll Shelby what’s your favorite car you ever worked on, his answer was always the “the next one”. What? The next one, why not the iconic Shelby Cobra, what about the legendary Mustang GT350, or the Dodge Viper? No, his answer was always directed toward the next project he was involved in and what future car he was already looking at. Now that is what I call having a vision and forward thinking that produces great things.

I feel like in the next 2 to 3 years Jaguar will bring an even more exciting lineup of vehicles to us. Just look at some of the hints we already have; a possible EV or electric vehicle, rumors of a “Super” F-Type that might step up and challenge the German competitors, an all-new SUV platform based on the C-X17 Concept, or even a Hybrid “Supercar” like the C-X75 Concept? (Just to get your attention, does zero to 100 mph in under 6 seconds sound like a Hybrid?