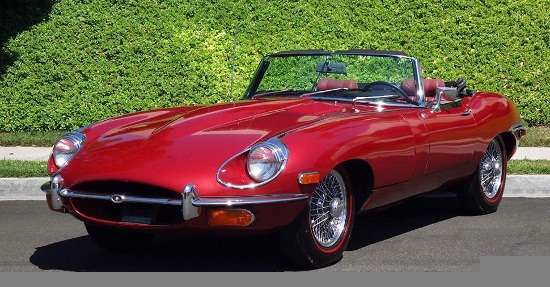 Is the 1961 Jaguar E-Type the benchmark?

The Jaguar E-Type (AKA the XK-E) was produced from 1961 to 1975 and stands the test of time as the most beloved British sports car ever! Even Enzo Ferrari said after seeing it the first time it was "The most beautiful car ever made."
Advertisement

Jaguar’s iconic XK-E will always be the benchmark that all other Jaguars are judged by and measured up to and remains one of the most popular sport cars on the road today. Was it the timeframe, the car culture, or was the car just that good?

There are a handful of cars that have stood the test of time and are able to transcend all styles and car cultures. It does not matter where you go across this country or abroad, when you see a classic E-Type Jaguar at a car show or event, you will see crowds of folks around it admiring the classic lines and smooth curves of the body. This car still catches the hearts of young men and that’s becoming more difficult in today’s younger car scene.

The internet (from blogs to forum threads) is full of arguments sparked by conversation that today’s cookie cutter cars all look alike. Guys argue that the cars of today have lost the distinctive look that made the cars of yesterday so classic and is what draws so many fans to the sleek lines of the Jaguar E-Type. Let’s face it the car makers today seem to all be copying what is working for the other guy (the competition) and most car brands are afraid to step out and make a car that looks different. Maybe what car buyers today are looking for is a fresh New look that will set them apart from everyone on their block.

Many lines and shapes of the car came directly from the racing world and the E-Type was no stranger to success in the racing circuit of the world, however this car was designed and built for the road and that’s where it dominated. Early development of the project started as a race car program, but by the time the prototypes were built and tested, times had changed and the E-Type became a road car. The 14 year production run of the car was not long enough for some fans but it was just the right amount of time to stir up the passion and enthusiasm that remains today in the car collector world.

The shear amount of awards and accolades the Jaguar E-Type has received speaks volumes for just how game changing the car was and still is today. In 2004 Sports Car International magazine voted the E-Type #1 on its list of Top Sports Cars of the 1960’s. The New York City Museum of Modern Art added a blue roadster to its permanent design collection (one of only six cars to receive that distinction). And last but not least, The Daily Telegraph listed the Jaguar E-Type #1 in their online list of the 100 most beautiful cars of all time.

The next time you are nearby a classic Jaguar E-Type, take a few minutes and go over to examine the beauty of this iconic car and see if you agree that the Jaguar E-Type exudes the classic lines and soul that makes it one of the best cars ever built.

JeffS wrote on November 11, 2014 - 7:16am Permalink
Yes, the lines on it are fantastic. Yes, it is an iconic sports car. I agree that it is a desirable collectable. I do not agree that it is one of the best cars ever built because it is a mechanic's nightmare and plagued with all kinds of problems.
Joseph wrote on November 11, 2014 - 11:26am Permalink
Point taken, but that could be said of a whole bunch of classic cars.......that's why lots of folks are doing the resto-mods and replacing/upgrading many of the old components with new more modern stuff.
JeffS wrote on November 11, 2014 - 6:03pm Permalink
Hey Joseph, no argument from me. I've always liked this car and worked for a guy back in the early 70's who owned a V-12. When it was on the road it was very, very cool, even by 2days standards. Problem is, as I recall he was chasing electrical gremlins 1/2 the time and messing with the strombergs the other 1/2. Anyway, I'm being picky un, it wouldn't have caught my attention if I read, "One of the best designed cars". Wish I had one that looks like in the pic above.
Joseph wrote on November 19, 2014 - 4:01pm Permalink
Yep....been hearing the same on replies to my article on the forums, here is my take; Sometimes my wife will say its fashion over function if we are headed out for the night, she will say "so what if its cold, I have to look good" I guess showing off her design. So, its kind of like the Jaguar E-Type.....the Iconic car always has displayed incredible fashion over function. (The E-Types cryptonite has been the mechanical/electrical issues)
JeffS wrote on November 20, 2014 - 12:49pm Permalink
As I mentioned, I was being, "Picky". No slight on your article about a car that deserves it's place in automotive history. Absolutely, one sexy Lady. Enjoyed the article, brought back memories of some wild days. "Thanks".
mick wrote on November 26, 2014 - 6:16am Permalink
Enzo ferrari was spot on when he said the e type jaguar was "the most beautiful car ever made" . Keep in mind that enzo was responsible for the production of many beautiful cars. High praise indeed, and a comment that is still correct today.
Joseph wrote on November 26, 2014 - 9:25am Permalink
Hey guys......thanks for the comments, yes the E-Type IS one Sexy lady and she is dressed for the Ball. Cars today just don't have the style and charisma they did back in the day (both US and European)