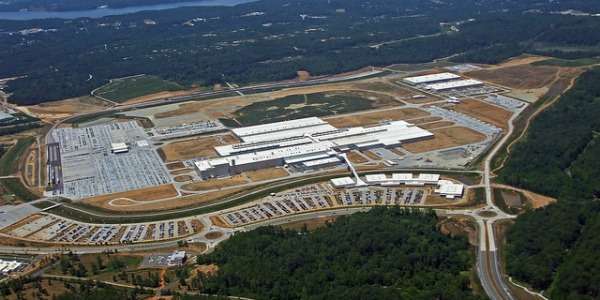 The UAW has decided to give up its fight following rejection by Tennessee auto workers in February, but refuses to concede that they had a case to make. In fact, they are looking to Congress for a measure of vindication.
Advertisement

The United Auto Workers announced today that it will be withdrawing its objections with the National Labor Relations Board. A hearing had been scheduled for 9 a.m. today at the Hamilton County Courthouse in Tennessee, but this move by the UAW effectively ends the NLRB review process.

Bob King, president of the UAW, indicated that the decision was in the best interest of Volkswagen employees, Volkswagen, and Chattanooga’s overall economic situation going forward. The decision was based, he said, on the fact that the process could go on for months, even years. Also, King specified the refusal of Tennessee Governor Bill Haslam and U.S. Senator Bob Corker to abide by subpoenas and cooperate in the process. King cited the government officials’ refusal “to participate in a transparent legal discovery process, which undermines public trust and confidence.”

Still, King refused to concede that they made a mistake in demanding a review following Volkswagen plant employees’ rejection of the union, voting 712-626 earlier this year in a process that the UAW claimed was tainted by politics and outside opinions influencing workers. King stated:

The unprecedented political interference by Gov. Haslam, Sen. Corker and others was a distraction for Volkswagen employees and a detour from achieving Tennessee’s economic priorities. The UAW is ready to put February’s tainted election in the rearview mirror and instead focus on advocating for new jobs and economic investment in Chattanooga.

But, it is also possible that, as Maury Nicely of the Tennessee anti-UAW organization Southern Momentum indicated in the media, they just realized that there was no “meat on the bone” and decided not to go forward, vindicating public officials.

However, UAW regional director Gary Casteel said that the UAW wants to help Volkswagen create more quality jobs in Tennessee, and that they are urging Gov. Haslam to now extend incentives previously offered to Volkswagen to add a new SUV line at the Chattanooga plant. And, King added that their goal of informing the public about the interference of anti-labor politicians and other non-involved parties, hindering workers’ right to choose union representation, was also accomplished.

However, one has to wonder: Had the “interference” swung the vote in the opposite direction, would it have been hindering the employees’ right to reject union representation?

The UAW may be finished with its challenge, but they are still encouraged that they will be vindicated in their complaints of actions by the governor. Looking ahead, the UAW believes the congressional inquiry into the Haslam administration’s incentives threat to Volkswagen provides the best opportunity for additional scrutiny, with King deeming Congress to be “a more effective venue for publicly examining the now well-documented threat.” The UAW will ask Congress to examine the use of federal funds in the state’s incentives threat, in order to protect Tennessee jobs and workers in the future.

GEORGE E. CORWIN wrote on April 21, 2014 - 4:49pm Permalink
I loathe unions, particularly the UAW. Under no circumstances would I consider buying any UAW made vehicle. They are nothing more than a corrupt arm of the DumoRat Party.
SHIRL wrote on April 21, 2014 - 6:58pm Permalink
at the start of unions, people needed them...I mean, life or death NEED. but, graft, greed and all the rest of the bad stuff, turned unions in to money for the union....not the employees sending their money to them. just so diff now...not sure whether I would be for or against if I were in a place and that place was going union...it really is a huge decision.
John Goreham wrote on April 22, 2014 - 4:35pm Permalink
Good overview that offers both sides of the story. My take is that labor unions are all about a fair vote. Unless they lose. Then they are all about congressional action. Unless that does not work. Then they are all about executive action. Unless that doesn't work...
Mechele Dillard wrote on April 22, 2014 - 4:44pm Permalink
Yes, John, that's a great way to put it ... that is kind of my takeaway on everything I've read (and I've read a lot) about this whole deal ... like I said, I have my doubts that UAW would have been quite so upset about "interference" w/ people's rights had it swung the vote the other way ... :/