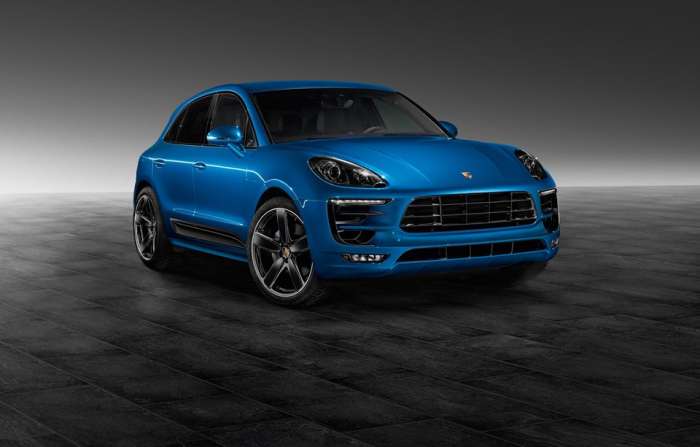 Porsche Is Counting on Macan for Sales Boost in 2014

Porsche is seeing a growth in jobs connected with the Macan, and is expecting additional increases in sales, as well.
Advertisement

Volkswagen Groups says that not only have they seen an increase in deliveries, revenue and operating profit in the first three months of 2014, they expect to continue to see positive developments in profit as the year continues.

Deliveries were up 4.5% at 38,663; revenue increased by one-fifth, registering 3.93 billion euro; and operating profit increased, as well, during the first quarter of the fiscal year, growing to 698 million euro—an increase of 22%. Additionally, employment by Porsche rose, exceeding 20,000 employees in February. Just three years ago, the number of employees at Porsche was around 13,000.

On the other hand, Lutz Meschke, Member of the Executive Board Finance and IT of Porsche AG, underscored the fact that Porsche will have to bear substantially rising labor costs and write-offs due to the launch of the new Macan model range. “In addition to that, there are high expenditures for meeting the CO2 requirements and substantial investments in the build-out and modernization of the Zuffenhausen, Leipzig and Weissach locations,” Meschke continued. Nevertheless, the CFO is optimistic about the course of the 2014 fiscal year: “Assuming that sales in Europe will continue to stabilize despite the unresolved structural problems, our aim is to achieve at a minimum a profit comparable to the previous year.”

Matthias Muller, Chairman of the Executive Board of Porsche AG, explained the requirement of the substantial investments and development expenditures, amounting in each case to significantly more than one billion euro in the ongoing fiscal year:

We are focusing on fulfilling the promise of our brand – to offer the sportiest and technologically cutting-edge vehicles in our segments – on a long-term basis. The improvement of fuel efficiency as well as a responsible use of resources constitute integral parts of the strategy of Porsche.

Muller is convinced that Porsche will continue to grow, particularly in its largest sales markets of the U.S. and China. Overall, Muller expects sales to rise again during the 2014 fiscal year, and believes the market launch of the Macan will be another sales boost.

The rising number of employees is also a good indication of the steady growth being seen at Porsche. On March 31, Porsche recorded 20,416 employees—15% more than just one year ago. In just the first quarter of this year, Porsche has added 960 employees, many of them where the new Macan is being built—another indication of Muller’s belief that the Macan will have a positive effect on 2014 earnings by Porsche.

Parks McCants wrote on May 1, 2014 - 11:46am Permalink
Porsche design and management continues to wander off the path of its 911 roots. The sports-crossover, 2&4 door production sport based segment is a crowded one. Near past history reveals a corporate battle between divisions. It will be interesting to see how well the Macan sells in the U.S., a relatively small market for the European giant Volkswagen. The Porsche mystique has dissipated a bit under Volkswagen ownership.
shirl wrote on May 2, 2014 - 3:43pm Permalink
sounds like they will just keep growing :) w/increasing employees and higher sales, even w/the expenditures of ''growing pains'', sounds like they have a good handle and are realistic. good company.