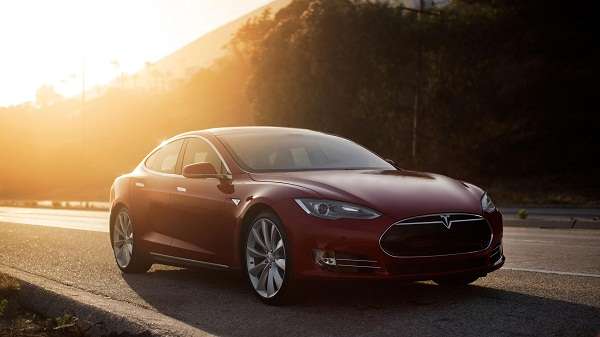 Tesla could make a killing off its own used cars

Like other luxury automakers, Tesla Motors now has revealed plans for a certified pre-owned program that would allow it to make money off its vehicles more than once, and with much higher margins the second and third time around.
Advertisement

Selling used cars can be a lucrative business. The National Automobile Dealers Association reported that in 2013, used-car sales brought in triple the profits of new-car sales at U.S. dealerships thanks to a juicy 12 percent profit margin. It turns out that this line of business could eventually be a very important line on Tesla’s balance sheet.

The Tesla Model S is getting older

Automotive News reports that Tesla Motors VP of communications Simon Sproule confirmed that Tesla will roll out a certified pre-owned (CPO) program, as is the norm in the luxury car industry where leases are common and used buyers have high expectations.

"With the Model S fleet now heading toward the first cars hitting three years old," Sproule wrote, "we are looking at CPO and how best to structure."

Tesla’s Model S entered production in June 2012, and three-year leases began for businesses in April 2014 and for retail customers in October 2014. The retail lease starts at $5,000 down and $932 per month for 36 months.

CEO Elon Musk guaranteed the buyback value of Model S with the might of his considerable personal fortune, so customers who financed the vehicle may return it after three years in exchange for 43 to 50 percent of the initial MSRP. As the guarantee was made in April 2013, Tesla will aim to have a CPO program in place by early 2016 to accommodate those owners.

As Model X nears production and the first Model S sedans grow closer to the used vehicle market, Tesla hopes to be poised to take full advantage. The high profit margins of selling used cars will be maximized by Tesla’s unique network of company-owned stores that forego the traditional margin-eating dealership model.

"When you have a manufacturer-controlled retail network, you're capturing all of the profit with each sale," said John Krafcik, president of the online car-buying service TrueCar Inc. "The upside is pretty amazing for Tesla....it’s really unlike anything we’ve seen in the industry.”

Krafcik speculated that Tesla could earn from $6,000 to $10,000 with each used Model S sale. Such an inflow of cash, particularly as Tesla vehicles flood the pre-owned market toward the end of the decade, would be enormously beneficial for a company that has recorded just one profitable quarter and pours as much money into R&D as it possibly can while remaining financially afloat.

Obstacles remain, but they can be overcome

Tesla has to clear some barriers first to make this ace in the hole a reality. Establishing a certified pre-owned program will cost money up-front (certainly a theme with Tesla) as it would likely need to acquire real estate to hold inventory and would have to hire additional staff and train them.

No doubt the car dealer lobby will have something to say on the subject as well, which could present legal obstacles that would make a nationwide rollout considerably more difficult.

The value of a pre-owned Model S will also play a big role, and remains a significant unknown in an otherwise tantalizing equation. The few vehicles that have been privately sold thus far have gone for nearly $100,000 on average, but this is hardly a realistic expectation for the value once Model S leases end in large volumes.

The $35,000-and-up Model 3 slated to arrive in 2017 could theoretically put a dent in demand for used Model S sedans, as it will be cheaper even than a three-year-old Model S with largely similar features and performance. However, there will likely be enough of a difference between the two cars to protect used Model S sales from the influence of Model 3.

In all, Tesla will do what it can to overcome these barriers and take full advantage of the vast potential of a used market for Tesla vehicles. It would be an easy way to bring the company toward the black, although any money made from a CPO program would probably be dumped right back into the Supercharger network or some other technology. Not that we would complain.