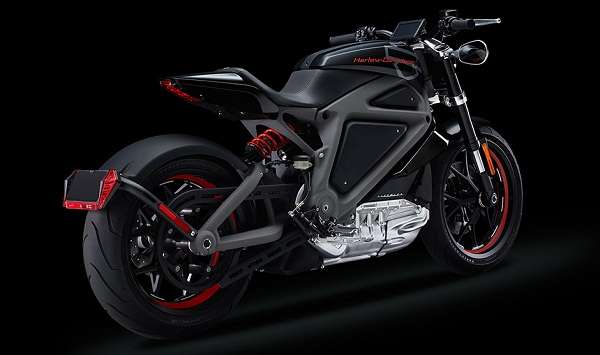 Could it be? The maker of some of the loudest, most hallowed cruiser motorcycles in the world has succumbed to the allure of electric mobility?
Advertisement

The first things that come to mind when the name Harley-Davidson is mentioned might be deafening V-twin engines, tattoos, and long beards. Now the iconic motorcycle maker with the long history is demonstrating that it is willing to embrace the future; Harley has officially revealed its first-ever electric motorcycle, a prototype known as Project LiveWire.

The company released a video of the bike in action that recalls the history of Harley-Davidson leading up to the development of a beautiful all-electric motorcycle. The most prominent feature of the video is the sound the bike makes. Recalling something akin to the podracers from Star Wars Episode I, the bike screams across the ground with the same characteristic sound of the future that will come to be associated with the Formula E racing series.

After reviewing the bike, Wired found the sound of the motor and gears to be amplified as it reverberated through the chassis. The high-pitched whir is “louder than you’d think...it’ll definitely make you smile.”

What Harley has to say for itself

“You don’t know where the line is until you cross it.” So says the home page of the Project LiveWire website. Harley-Davidson appears to recognize that it must expand its customer base to remain on top, and an electric offering no doubt will attract a whole new crowd to the brand. The hope is that such a radical project won't alienate Harley purists.

“America at its best has always been about reinvention,” says Matt Levatich, Harley’s president and COO. “Like America, Harley-Davidson has reinvented itself many times in our history, with customers leading us every step of the way. Project LiveWire is another exciting, customer-led moment in our history.”

Judging by Levatich’s statement, Harley is banking on customers receiving Project LiveWire with open arms. The prototype bikes will embark on a 30-city tour beginning June 24th in New York City in a quest to win over the American biker community, and indeed add legions of electric mobility fanatics to its base. Harley-Davidson is prepared to adapt the electric motorcycle to customer feedback it receives, particularly from the nationwide tour.

Like all electric offerings, Project LiveWire is limited in range by the size of its battery. Harley claims a lithium-ion battery offering 53 miles of range and a recharge time of 3.5 hours at 220 volts. Based on the typical 3.3 kW onboard charger, Wired estimates a pack capacity of 10 kWh. The bike packs 74 horsepower and 52 foot-pounds of torque into the longitudinally-mounted three-phase AC induction motor. Top speed will be electronically limited to 92 mph, but the electric wondercycle is fast - 0 to 60 is pegged at under 4 seconds.

Wired reported from their test drive that the bike “leaps forward with authority” when the throttle is engaged. Their overall impression: the electric Harley is “actually pretty cool” and offers an “entertaining blend of power and comfort.” Personally, we love the looks as much as anything. The bike is simple, sleek, and elegant – it just looks fast.

Is it destined for production?

Based on the apparent stage of the development process, and the words out of Harley-Davidson’s collective mouth, it is very likely that Project LiveWire is destined to enter production. It is more a matter of when, and with what changes.

Assuming Project LiveWire does make it to consumers, other electric motorcycles like those made by Brammo and Zero will be the main competition. Harley won’t expect their electric offering to be a big seller, at least not at first. But the enthusiasm with which the company has tackled the project could point to more exciting things yet to come years down the road at Harley-Davidson.

Brian wrote on June 20, 2014 - 12:17pm Permalink
If you only go 50 miles and then have to wait 2.5 hours to recharge I expect it will have little market. If they can recharge it in 5 minutes or less, then it is more viable. It would need to be 100 miles with a 5 min recharge time before sucessful