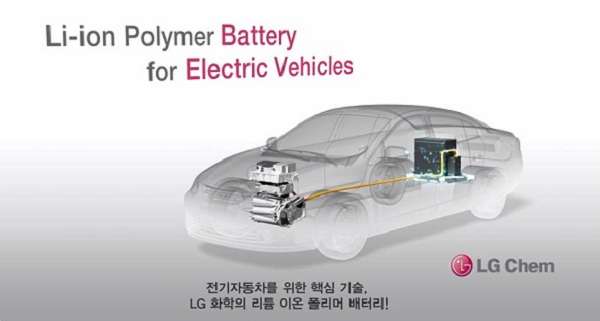 The electric vehicle market in China has yet to gain traction, but the prevailing wisdom is that it will catch on big. LG Chem plans to build a large battery factory in China to take advantage of the huge potential market there.
Advertisement

LG Chem, the Korea-based battery cell supplier for electric vehicles such as the Chevrolet Volt, Chevrolet Spark EV, Cadillac ELR, Ford Focus EV, and other foreign OEMs, has its sights set on the Chinese electric vehicle market. The Wall Street Journal reports that the company has signed a preliminary agreement to build a battery factory in China in 2015 to supply batteries for EVs.

It won’t quite be the Gigafactory that Tesla has planned, but the proposed LG Chem facility will be large. The expected annual capacity will produce batteries to supply 100,000 electric vehicles annually.

The company expects the facility to be completed by the end of 2015, and plans to invest hundreds of millions in the plant by 2020. LG Chem expects the plant to bring in $1 billion in revenue over the first five years of operation. It has already secured customers in the Chinese auto market.

Everyone seems to be anticipating a major explosion of the Chinese EV market in the near future. The government wants to alleviate pollution by putting 500,000 electric vehicles on China’s roads by 2015 and 5 million by 2020, but the country is off to an extremely slow start. The build-out of charging infrastructure and expansion of electric offerings to Chinese consumers, such as the Tesla Model S, will play a big role in increasing sales.

The proposed battery factory won’t have a significant impact on the U.S. electric vehicle market, but it will help the Chinese EV market get off the ground. That could have more of an impact than anything we do here across the Pacific.