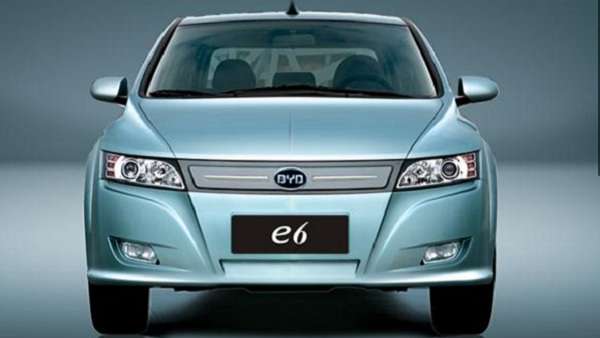 Last week the Chinese government announced that buyers of electric vehicles will be exempt from the country’s 10% sales tax on new automobiles. Despite previous incentives, EVs have not sold well to date in China.
Advertisement

Last year only 17,600 plug-in electric vehicles were sold in China. In a pollution-choked country of 1 billion people that is also the world’s largest oil importer, that number can only be described as disappointing. The Chinese government is doing what it can to encourage sales – buyers are offered a rebate of $9,600 for pure electric vehicles and $5,600 for plug-in hybrids, based on current exchange rates.

In a further effort to spur sales, Vice Premier Ma Kai announced last week that electric cars will be exempt from the 10% sales tax applied to all new vehicle sales. Combined with the previous incentives, this initiative can drastically reduce the price of a new EV and make them more accessible for the nation’s swelling middle class.

One of the reasons electric vehicle sales have struggled is the heavy import tax imposed on foreign automobiles. With few domestic options for capable and desirable electric vehicles, buyers are forced to pay a hefty premium for foreign models that otherwise would be within reach for a wider customer base.

Another main reason is the lack of charging infrastructure. Much of China’s population lives in crowded cities; few have access to garages, and public charging locations are sorely lacking. The middle class that is so crucial for electric vehicles to reach largely resides in apartments and large multi-dwelling units which can make recharging impractical if not impossible. It is not easy for American city dwellers to own electric cars, even with our comparatively well-developed charging infrastructure; the difficulty of recharging in Chinese cities where electric vehicles are needed most is one of the biggest inhibitors of sales.

Will China be able to accommodate large numbers of electric vehicles, and will consumers want them? These are questions that must be answered if the government incentives are to succeed. Though China may be the country that most desperately needs to adopt electric vehicles in order to curb their pollution problem, their poor track record so far does not inspire optimism.

Perhaps the infusion of the Tesla Model S will invigorate the Chinese market for electric vehicles, as it has played a large role in keeping the US market afloat and has made the electric car into an object of desire. In China, electric vehicles have almost nowhere to go but up.

Parks McCants wrote on April 7, 2014 - 7:35pm Permalink
Nor will it ever be Luke. In a nation of wage earners averaging no more than fifty cents per hour, EV transportation may as well be a jet pack or a solar powered hovercraft. The tax dollar credits listed here, is... inconsequential non-sense to the majority of Chinese. Perhaps Suzuki or Honda's Fuel Cell Electric scooter would we a viable fit.