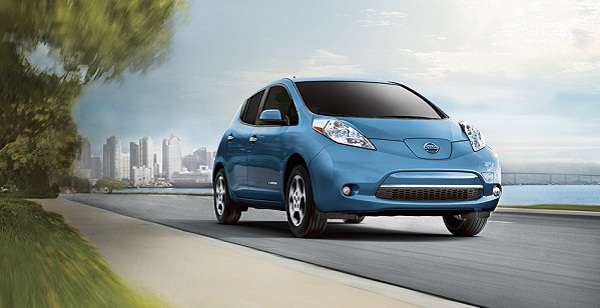 Since the dawn of the modern electric vehicle era in late 2010, over 220,000 EVs have been sold in the United States. That means a big milestone lies just around the corner.
Advertisement

The Chevrolet Volt and Nissan LEAF marked the beginning of the current generation of electric vehicles with their launch in December 2010. Since that glorious dawn, according to Plug In America 220,600 electric vehicles and counting have been sold to proud United States owners.

It wasn’t that long ago (slightly over a year, in fact) that Plug In America reported the 100,000th sale of a modern plug-in vehicle. Now the EV movement is marching toward another milestone: 250,000 electric cars silently gliding through America’s streets, a number that will likely be surpassed this September.

Plug In America (via AutoblogGreen) estimates the quarter-million mark will be reached sometime around National Drive Electric Week, which will take place in mid-September and will feature a whole lot of events promoting electric vehicles and associated technology.

Not exactly earth-shaking stuff, but then again every movement has to start somewhere.

...with cause for optimism

It is obvious that the electric vehicle movement is growing. Sales will continue to increase, and the only question is by how much; new plug-in models will be arriving in a steady stream in the next few years, and by 2017-2018 we should have a clearer idea of where EVs are headed. Crucial models like the Gen III Tesla, the next-generation Chevrolet Volt and Nissan LEAF, and many other models both known and unknown will have arrived by then and will help bring clarity to the future of plug-in vehicles.

The electric vehicle industry is a long, long way from the ultimate goal. But it is without a doubt making progress, and that is cause for celebration.

Parks McCants wrote on June 28, 2014 - 11:46am Permalink
Interesting read Luke. Thanks.
JPWhite wrote on July 3, 2014 - 6:40pm Permalink
The sales uptick is very encouraging. While critics say that EV's have failed to meet the 1 million EV's by 2015 that Obama set as a goal. The final tally will be closer to this goal than many would have guessed just a year ago. Maybe 1 million by 2017 ? Good to see Texas driving sales, unexpected for an oil state.