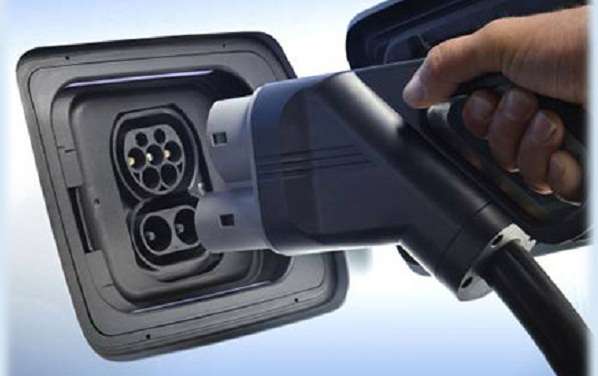 An electric car without batteries, powered by its body panels, is a long way off

Research at the Queensland University of Technology claim to have developed a graphene-based supercapacitor that is so lightweight the researchers think it could ultimately be integrated into body panels to power an electric car. Their time frame is extremely optimistic, however.
Advertisement

Wouldn’t we all love an electric car that charged in minutes, could travel over 300 miles on a charge, and didn’t have a big, heavy, expensive battery?

Researchers at Australia’s Queensland University of Technology think they have the answer. As published in the Nanotechnology journal and the Journal of Power Sources (via Gizmag) this “breakthrough” in nanotechnology research is an ultra-lightweight graphene-based supercapacitor that can be mated to current lithium-ion batteries to improve the charging times and acceleration performance of electric cars.

The supercapacitor the team developed is two all-carbon electrodes sandwiched around an electrolyte. The researchers were able to make the device into a strong, thin film with the high power density characteristic of supercapacitors.

PhD researcher Marco Notarianni observed the benefits of supercapacitors in electric vehicle applications: "Supercapacitors offer a high power output in a short time, meaning a faster acceleration rate of the car and a charging time of just a few minutes, compared to several hours for a standard electric car battery."

Then the team goes out on a limb of sorts.

"In the future, it is hoped the supercapacitor will be developed to store more energy than a Li-Ion battery while retaining the ability to release its energy up to 10 times faster - meaning the car could be entirely powered by the supercapacitors in its body panels,” said Dr. Jinzhang Liu.

"After one full charge this car should be able to run up to 500km - similar to a petrol-powered car and more than double the current limit of an electric car."

Mr. Notarianni said that a car powered partly by its own body panels could be a reality within five years.

Maybe a little too optimistic

Certainly we would love to see an electric car powered by body panel-shaped supercapacitors, largely made of cheap carbon-based materials, that could achieve over 300 miles per (very fast) charge. Such a vehicle would certainly be a game-changer, but it is a long way off.

We will distinguish between the team’s two scenarios: that supercapacitors will in the future approach the energy density of batteries, and that they may be integrated into body panels to partly or fully power a car.

However, we are highly skeptical that such a radical change to the body construction of an automobile could be realized within five years. Given the long development times in the auto industry and strict crashworthiness standards, five years is an extraordinarily ambitious timeframe.

For now, file this one with all those supposed battery breakthroughs that may never see the light of commercialization. But wouldn’t it be cool?