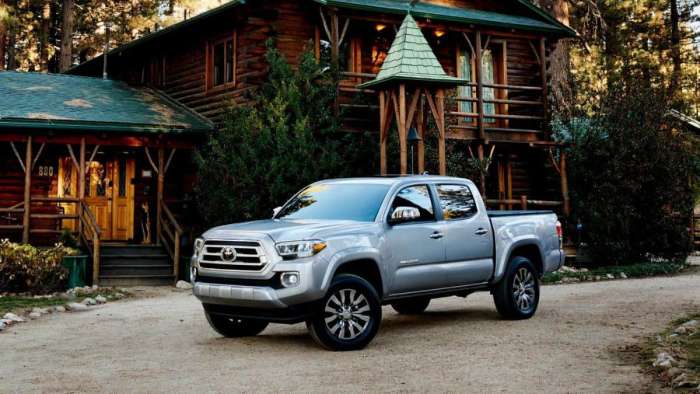 Toyota Tacoma Owners Say No to The EV Tacoma Train

Why do the majority of Tacoma owners say that they would not like an EV Tacoma? Could hybrid be the winner here?
Advertisement

The Toyota Tacoma has been an established truck here in the United States for almost 30 years. It was Toyota’s answer to the late mini truck scene happening in America. However, what made it unique was that it could also function as a full truck as well. For instance, Toyota later released the Tundra in the United States but until the Tundra’s debut, the Tacoma was acting as work trucks, family haulers, and boat towers for a lot of people. As more and more trucks go hybrid and electric with increasing popularity, why are current Tacoma owners saying they wouldn’t want an EV Tacoma?

I posted a poll on Facebook’s Toyota Tacoma TRD Trucks group and asked whether if people would hop on the EV Tacoma train. The answers were mixed yet surprising. It turns out, most people would be more in favor for a hybrid Tacoma rather than an EV. Now Toyota has not really made any announcement officially whether they will release the next generation of Tacoma as a hybrid or EV however one thing we can say for certain is that the Hybrid Tacoma has a pretty big following. Who wouldn’t want a hybrid light pickup that’s capable of big pickup things?

According to the poll posted, 73% of participants said they would not support an EV and rather stay with the current ICE drivetrain. On the other hand, only 27% of voters, at the time of this article being published, said that they were in favor of a EV Tacoma. Let’s take a look at what some of these people said.

Nathan Laurendine commented saying, “It will come out. Once they are 400+ range and recharge under 20 minutes-ish I will be in. Why not?” Now I do expect the EV Tacoma to come out with more than 300-mile range, but I think the 20-minute re-charge, even under a supercharger, would be kind of pushing it. For instance, at 220V, the Riviain R1T takes 13 hours to charge from dead to 100. Perhaps if you upgraded your home charge it might be able to reach faster charging times, but 20 minutes is pretty un-realistic. 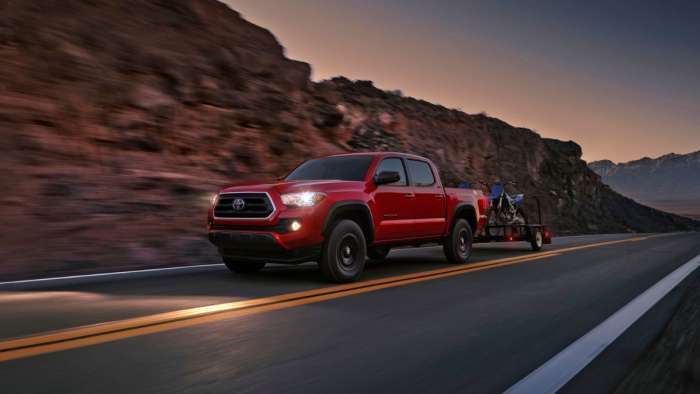 Zack Taylor said, “Probably won’t go EV, but I’d probably go for a hybrid.” There have been lots of talk about a potential hybrid Tacoma, perhaps maybe for the next generation, however I think that if Toyota released a hybrid Tacoma, it would most likely be a hybrid system more oriented towards power output rather than fuel efficiency just like the 2022 Toyota Tundra hybrid.

So, whether or not Toyota’s next Tacoma will be EV, it’s inevitable that most people will be skeptical. I personally would love to see an EV Tacoma solely to test its capabilities but other than that I would rather stick to an old-fashioned ICE Tacoma rather than an EV. Especially Toyota’s first EV pickup.

What do you think? Would you like the EV Tacoma? Let us know in the comments below.

Jose G wrote on June 20, 2022 - 11:35pm Permalink
Would definitely take an ev Tacoma. I work construction and all my work is in town. I don’t do heavy loading or towing and I have solar with extra panels for a potential EV. It’s the perfect fit for me. Understandably it’s not for everyone and that’s cool, but for me, it couldn’t be more ideal.