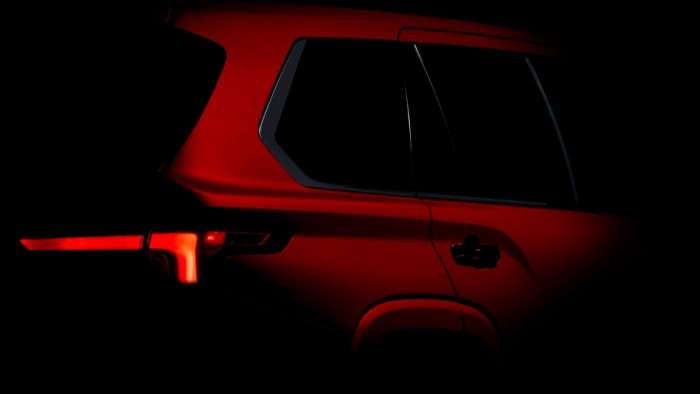 A few months ago, rumors of a new Toyota Grand Highlander started floating on the internet. People got interested and frankly, there were a lot of mixed emotions in the Facebook groups and forums. A trusted Torque News source told us that the Grand Highlander is coming, he just doesn’t know when.

If you might remember the new Venza, people who bought it liked it, and those who didn’t buy it only complained about the price. It was just one of those good cars that didn’t succeed. It has great gas mileage, 3-row seating, and a very stylish look. The Venza didn’t sell well, and people are saying this 3-row Grand Highlander is going to be the next Venza.

On the Toyota Highlander Owner’s Group on Facebook, an old group post from January 18 showed a picture of the now new Sequoia which people then thought was the Grand Highlander. Here’s what some people thought of a 3-row Toyota Grand Highlander.

Group member Ian McKibbin said, “Toyota said in a dealership letter that they messed up with the 2020 highlander and it's too small they didn't think people would mind keeping it that way but weren't expecting every single other 8-seater got bigger.” 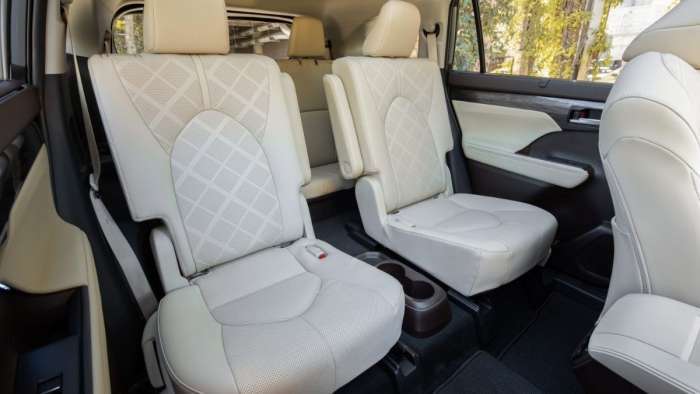 According to an article published by Motor1.com’s Jacob Oliva, “Lexus – and apparently Toyota – will be introducing three-row crossovers for their respective lineups: the Lexus TX and the Toyota Grand Highlander.”

So, we now see that Toyota’s mistake turns out to be a best-selling vehicle after all. If Toyota wants to make a compact 8-seater, would they make a hybrid version?

With Toyota’s new I-FORCE MAX drivetrain, which is a twin-turbocharged v6 hybrid pushing out a little over 400 horsepower in the new Sequoia, chances are Toyota will see an opportunity to bring an affordable 8-seater hybrid SUV.

I personally would like to see the 3-row Toyota Grand Highlander as a hybrid. Toyota’s hybrid technology is beyond other automakers and with gas prices off the charts, it’s easy to say prospective SUV buyers would want something economical. Plus, new Toyota hybrids do not sacrifice performance for efficiency. I have to floor my 2012 Prius to get it moving however on these new hybrids, it feels like a regular gas car.

So how will this compete with the Sequoia or Sienna? Well for starters, this will probably be cheaper than a Sequoia which a fully loaded one will be somewhere in the $80,000 ballpark. Hopefully, this new highlander doesn’t go past $45,000 but at the same time, if they make it a hybrid with the Sequoia’s drivetrain, I would pay a few extra bucks for that added gas mileage.

While people seem to have mixed emotions about the 3-seater Toyota Grand Highlander, I think if marketed correctly, it would be a great car and wouldn’t follow Venza’s footsteps. Some people said that the current Highlander had uncomfortable back seats.

On another discussion on the same Facebook group, Armen Hareyan asked a similar question regarding the 3-row Toyota Grand Highlander which Jermaine C. Douglas responded by saying, “I just visited the NY Auto show and checked out all the competition. The Highlander's back seat problem is really the positioning because it’s so low your knees go up.”

Maybe if Toyota addresses this problem with the Grand Highlander, people would want this over other 8-seater SUVs. Some say they don’t want the feeling of driving a bus and others say they want hybrids. I like driving big cars but if it’s not economical, then you start to think of your wallet instead of your driving position.

What do you think? Would you like an 8-seater SUV? Would you buy it if it doesn’t come in a hybrid? Let us know in the comments below.

*The image accompanying this article is not the Grand Highlander, it is a press photo taken by Toyota for their Sequoia teaser. *

Archie Milligan wrote on April 25, 2022 - 11:34am Permalink
In answer to your question, yes, as a driver of a Highlander we purchased new in 2001, I’ve been eagerly awaiting the Grand Highlander, but only the hybrid version. And by hybrid, I don’t mean the Tundra/Sequoia type hybrid with its emphasis on horsepower, torque, and towing ability over gas mileage. I will tow infrequently, but burn gas daily, so I’d like to visit the gas station infrequently as well. As to overall size, I agree with those who say they don’t want to feel as if they’re driving a bus. However, a clever redesign can preserve the current Highlander’s driving feel of a smaller vehicle. Moving the cab forward a couple of inches into what is an overly long hood, and having either a higher, or a less sloping, roof would do wonders for the third row seat, which could then be elevated off the floor. Now add only two or three inches to the overall length for better cargo space. Put the third row on tracks that allow each side to adjust independently (but definitely don’t sacrifice the forward adjustment of the second row that will haunt the Sequoia). The result should preserve the best of the Highlander, while solving the third row/cargo problem, all in a package that’s still noticeably shorter than the current Sienna, but with much better ground clearance. (With it’s big mouth bass front end, the Sienna can’t even clear my driveway without scraping.) With just those changes, the Grand Highlander will start besting that darling of the reviewers, the Telluride.
Harutiun Hareyan wrote on April 27, 2022 - 3:08pm Permalink
Hi Archie. I guess what you are saying is cram minivan capabilities into an SUV 3-seater. Sounds like a good idea. Hope Toyota can do it.
Archie Milligan wrote on April 30, 2022 - 2:38pm Permalink
Hi Harutiun. I realize minivans can’t be beaten when it comes to space utilization, mainly because of that deep well into which the third row seats fold. I’m not minivan phobic, and checked out the Sienna with its impressive mileage and AWD option. However, it couldn’t clear my slightly sloping driveway without scraping its big mouth bass front end. (OK, I acknowledge the front design was motivated by a train, not a fish, though I maintain it wasn’t a bullet train, but an 1860s steam locomotive with its aggressive cow catcher.) I even considered the Woodland edition of the Sienna, since it has .6 of an inch more ground clearance. However, the limited choices limited its appeal. First, only two colors, black and cement (gray), which are not exactly the colors that come to mind with the word Woodland. As to whether Toyota can add more of the virtues of a minivan to a Grand Highlander, I would challenge them to take Kia’s approach, moving SUVs and minivans closer together than ever. Kia created better space utilization in the Telluride by moving the cab forward and shortening the hood, by having a less sloping roof and raising it an inch compared to the Highlander, and by adding only 2 inches to the overall length, and 2 inches to the width, again compared to the Highlander. The result is a third row that can be used by adults, as well as cargo space that, at 21 cubic feet is 5 feet, and more than 30%, larger than the current generation Highlander. Meanwhile, Kia is making their new minivan look decidedly more like an SUV, as they push the two categories together. Of course, Toyota tried to do the same thing with its new generation Sienna, just not as successfully. And, as many virtues as the Sienna has, it’s obvious where Toyota just decided not to invest their best efforts, or money, into a more limited production model. For example, staying with Toyota Safety Sense 2.0 when other models were already getting 2.5 (and soon 3.0). Or a Platinum trim that doesn’t come close to the premium look and feel of the Highlander Platinum – just compare the 12.3 inch multimedia system to the 9 inch generation old screen in the Sienna, the difference in the seats, the lack of a panoramic roof, and don’t get me started on the imitation wood grain, with a strong emphasis on imitation in the case of the Sienna. While I don’t expect Toyota to break from their past and become style leaders, if they combine better space utilization (and not just more length, width, and height) with their traditional reliability and their hybrid efficiency, the Grand Highlander can reclaim the top spot from the Telluride.
Shaji Varghese wrote on April 26, 2022 - 12:01pm Permalink
I had a Sienna for 14 years. Now last year, I bought a 2021 Highlander hybrid. Very comfortable driving experience, however the 3rd raw seating is a complete failure, even for smaller kids. No complains about the power, handling, noise. The softtex seat is really hard on my glutes. Hope the grand highlander will have better 3rd raw with the current hybrid and better seating options. Thanks
Harutiun Hareyan wrote on April 27, 2022 - 3:09pm Permalink
Hi Shaji, I wish Toyota would make their family SUV seats like Lexus made their saloon seats. Comfy and posh.