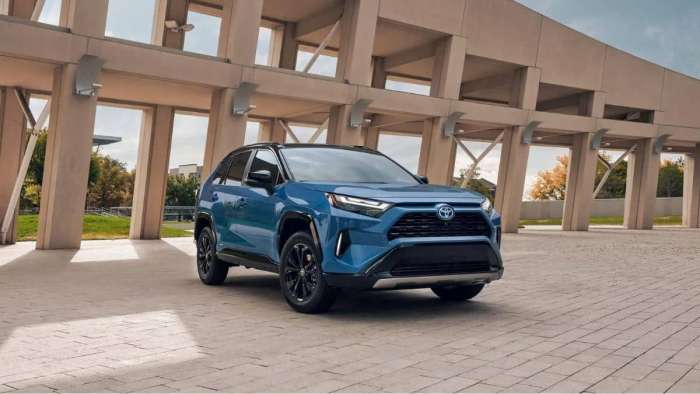 Don’t Settle for Markups On the 2022 Toyota RAV4 Hybrid, Use This Trick Instead

Ever since the world changed forever, the auto industry has been and still is experiencing a pandemic of its own…a pandemic of greed.
Advertisement

Back before many of us were born, people liked dealers. In the mid-20th century, automakers were greedy and charged too much for cars. Uncle Sam stepped in and solved this problem and passed many dealer and franchise laws that prohibited any automaker from selling their cars directly to the customer.

This worked out well until dealers found out that they can use this to their advantage. When the Oil Crisis of the 1970s occurred, dealers everywhere started pushing their manufacturer’s economical models. Because of this high demand, they also pushed the prices as well with markups as high as 20% back then. The interesting thing is, we still remember a time when you could buy a brand-new car from a dealer under MSRP. Today you have a better chance of becoming president and getting a car for MSRP.

Kate Manos expressed her anger on Facebook’s Toyota RAV4 Hybrid Group saying, “My husband and I have been excited about getting a new RAV4 hybrid, but we live in the Chicago area and dealers all seem to have markups even if the dealership doesn’t call it a markup. And the markup is taxable!” Granted, every state has its own different laws on buying and selling vehicles. However, this article is more focused on why dealers are marking up in the first place. 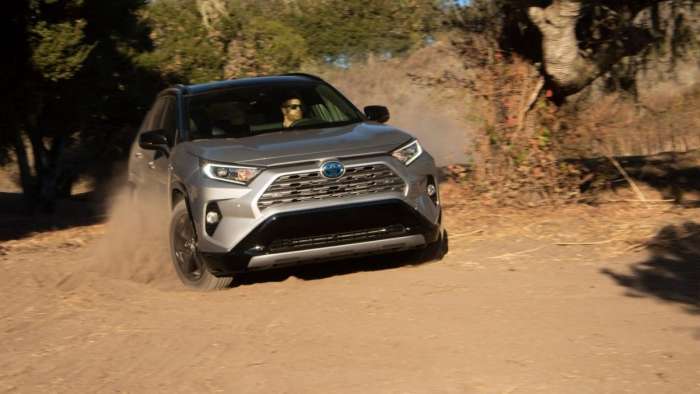 Here is Edmund’s explanation, “On a $20,000 car, a holdback represents $200 to $400. The holdback allows dealers to sell a car at invoice price, or even below invoice, but still receive money to cover the costs of doing business (advertising, sales commissions, etc.).” In 2016, the average car dealer sold 1045 cars that year (carprousa.com). Now just imagine the money that these dealers made after selling those cars.

You may think that making $200 per car is not enough to keep a dealership in business but remember that a dealer doesn’t make all its money from just selling. Dealers also make money by the one thing you hate…the service center. While most of your repairs on your brand-new car are covered by a warranty, the dealer still gets paid. A dealer also makes money by selling merchandise, sponsorships, and promotions. Our pee-wee soccer jerseys had our local Honda dealership printed all over them.

Given the fact that once upon a time a dealer could make money by selling for MSRP or less, that time is over. Today a dealer chooses to sell its car for over MSRP just so they can take advantage of the market. I am all for capitalism but once you mix in greed, it becomes a pure annoyance. Don’t get me wrong, there are dealers out there who really think for the people and are in the business of selling cars and not ripping you off. Dealers were created to stop manufacturers from ripping you off yet the tables have turned.

The only way to combat this is to be smart and have great negotiating skills. Know how a dealer makes money and you can bring the price down significantly. Remember, you are the customer buying something that’s negotiable. This isn’t the bananas at Walmart, you are buying something that will serve you for many years. You deserve the right to negotiate prices down and with this knowledge, you can now do that with ease.

What do you think? Did you buy your car over MSRP within these past 2 years? Let us know in the comments below.

Vic Ferrugia wrote on May 25, 2022 - 9:23pm Permalink
Just purchased a new Ford Explorer below MSRP. Autonation Ford in Katy. No pressure sales! Maybe things are different in Texas...
Harutiun Hareyan wrote on May 26, 2022 - 10:01am Permalink
if it wasn't for family I would move there in a split second.
John Clark wrote on May 25, 2022 - 11:18pm Permalink
This article is missing the "Trick." There is no trick described. I've haggled for every car I ever bought, and there ARE tricks. Like making a 5% off offer and walking out if they dilly dally with the Gen Manager too long. I walked out over a $100 difference in price. The sales guy didn't believe I would, so I proved it. Tampa Dodge dealership. Found the same truck in Orlando for less. Shop around. Use Cargurus dot com. Dont waste your time with this click bait tip-free article.
Bob Morrison wrote on May 27, 2022 - 10:44am Permalink
Central Maine Toyota sold me a 2022 RAV4 Hybrid at MSRP: they don't believe in gouging. However, they will sell to in-state residents, only
A wrote on May 29, 2022 - 8:00pm Permalink
Dealers want customers to use their service departments. My Lexus dealer offers free oil and filter changes every 5k miles, but tries to squeeze customers for unnecessary maintenance. I go by the manual and change my own air filters. I also will decline other checks if too expensive. How long does it take to check brake pads while rotating tires?
Dale Nixon wrote on May 29, 2022 - 7:13am Permalink
Not sure that you explained how a dealership makes money correctly. The holdback is a credit to the dealer from the manufacturer in addition to the standard markup from wholesale cost to retail. Dealers wiggle room is more than 2%. Dealers also make a great deal of money selling extras like extended warranties and service plans and selling financing (be it from a bank or the manufacturer’s finance arm) Dealers also receive co-op advertising subsidies from the manufacturer for internet, TV and radio advertising. Dealers do not make money to put their name on kid’s soccer jerseys, that’s an expense (deductible as advertising/promotion cost)
Rc wrote on May 29, 2022 - 9:12am Permalink
Where's the "trick" mentioned in the headline? There's no trick described or explained.
william hildebrand wrote on May 29, 2022 - 3:19pm Permalink
Yet another poorly written clickbait titled article. This article is littered with poor grammar. The text never delivered the 'trick' promised in the heading. Additionally you did not mention the dealers number one money stream, the F&I office. If anyone wishes to gather bargaining knowledge, i found a youtube channel run by a father/son team which educates consumers looking to buy vehicles. their videos and more can be found at YAA.com that stands for YourAutoAdvocate.
Brian Monks wrote on May 29, 2022 - 4:06pm Permalink
At this point dealers could care less if you leave they don't have inventory
Al D wrote on May 29, 2022 - 7:50pm Permalink
I traded in a 2015 Camry SE for a 2020 Lexus ES 350 in July, 2020. There was a $3,000 rebate, making is a fairly decent deal. I wanted a RAV4 Prime SE back then, but realized it would be at least 2 years before I could get one for MSRP or below. I wasn't willing to pay $5,000 above MSRP. It looks like I did the right thing at the right time. By the time all this 'above MSRP' crap disappears and the buyer regains the upper hand, my Lexus will still be in great condition. I'll try to get a good deal on a RAV4 Prime in a year or so. If not, I'll just keep driving my Lexus. It will be a long time before it needs an expensive part replaced. Cars don't have a corrosion problem down here in Southwest Florida and the roads don't develop potholes.